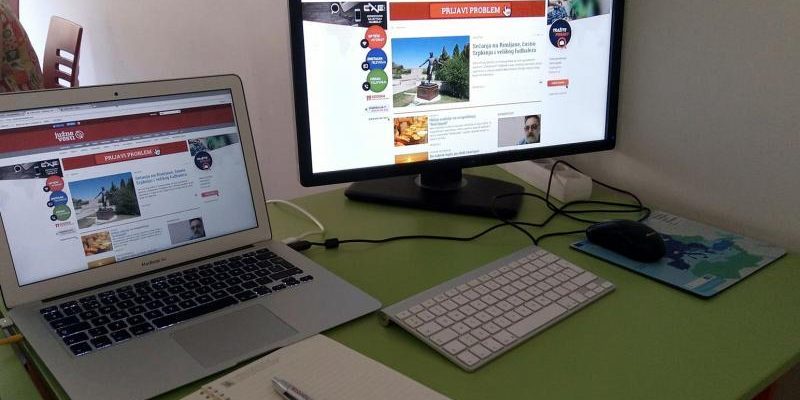 
Series of administrative intimidation acts have been taken by the local authorities against Serbian news portal Juzne Vesti, with an increasing pressure in the last six months. The Independent Journalists’ Association of Serbia (NUNS) reported that the long lasting intimidation against the news portal works as a model for putting pressure on media critical to the government in Serbia. The last investigation of Juzne Vesti resulted in a legal notice against the news portal obliging it to pay a million dinars (more or less 8,400 EUR), even though no irregularities in tax activities were found.

During the last five years, Juzne Vesti were subjected to various tax inspections, without listing any errors in conduct. However, the last inspection continued for six months, including 14 inspectors supervising media premises during working hours and beyond. The commercial partners of Juzne Vesti as well as its founder Simplicity Ltd. were investigated because of their connections to the news portal to check the legality of their administration.

Based on Juzne Vesti statements, the tax inspectors were taking actions beyond their responsibility, alleging, that Juzne Vesti works for foreign (intelligence) services because of the news portal’s connections to international organisations, says NUNS. The accusations resulted in media loosing commercial partners and employees were being put under additional pressure. Moreover, after six-month long investigation no taxation irregularities were found, but a legal notice was issued to the media house requesting to pay a fine of a million dinars. The legal notice was based on the Tax Authority notice on Job Catalogue in public services and other organizations in the public sector, which defines tasks of editor in chief in public service media, but are not applicable to private media.

The implementation of the mentioned Job Catalogue on private media allows to expand the State interference in the work of media. The Job Catalogue would regulate terms and conditions of editor-in-chief  work contract and journalists in private media, which would lead to fining a large number of small, independent media, potentially resulting in their closure.

The increasing pressure against critical media in Serbia raises concerns on the interpretation of the public sector regulations, as it might lead to control of private media sector. On September 18th, 2017, a Serbian weekly Vranjske novine announced to seize its publishing following intense political and economic pressures, including financial inspections allegedly aimed at compromising its finances.

EFJ supports its affiliate in Serbia the Independent Journalists’ Association of Serbia (IJAS-NUNS) in condemning the systemic intimidation against the news portal Juzne Vesti and other media critical to the government and requests the Serbian government to stop the unwarranted tax inspections and other forms of administrative harassment against the Serbian media, their clients and family members.

The State must question the accountability of civil servants and Tax Authority managers that led to this problem and thus demonstrate its commitment to securing environment in which media and journalists can operate, said NUNS in a press statement.

“The administrative measures targeting Juzne Vesti seem quite disproportionate. Serbian authorities should remind their obligation, in accordance to international standards, to implement legal, administrative and practical measures aiming to create a favourable environment for the freedom of expression,” said the EFJ President, Mogens Blicher Bjerregård.

EFJ-IFJ submitted an alert regarding the case to the Council of Europe platform for the Protection of Journalism.