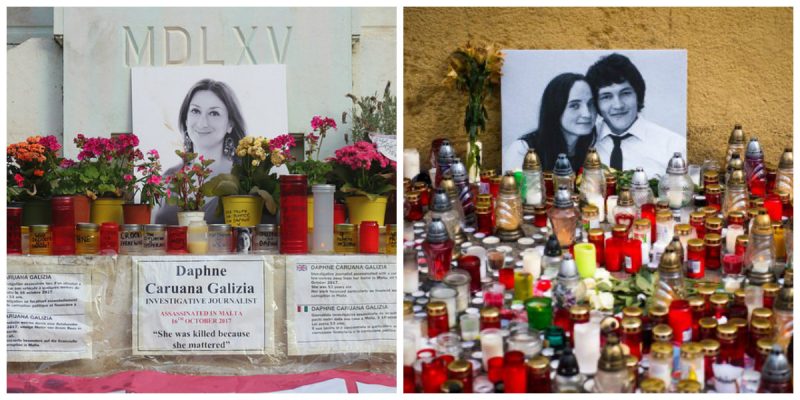 On November 14, the European Parliament’s Committee on Civil Liberties, Justice and Home Affairs (LIBE) issued the final report on its ad hoc fact-finding mission concerning the situation in Malta and Slovakia, which has uncovered a worrying condition for free press in both countries.

The mission took place on 17-20 September 2018, following the murders of the Maltese journalist Daphne Caruana Galizia and the Slovakian journalist Jan Kuciak – killed together with his fiancée. The MEPs exchanged views with journalists, officials, NGOs and representatives of the victims’ families. The mission was recommended by the new monitoring group on rule of law and the fight against corruption (ROLMG) established by the LIBE Committee last June. The group specifically addresses the lack of progress in both murder investigations in Malta and Slovakia.

“We stand side by side with the families and friends of the murdered journalists in Malta and Slovakia. The murders must be resolved, there must not be impunity. Journalists need to know they can do their work in safety.  This visit must also be seen in the context of our aim to ensure the Rule of Law is upheld throughout the European Union. There are serious concerns about specific problems in both countries, which affect the European Union as a whole,” stated the Chair of the monitoring group, Sophie in‘t Veld (ALDE, NL).

The committee found out that in both countries: