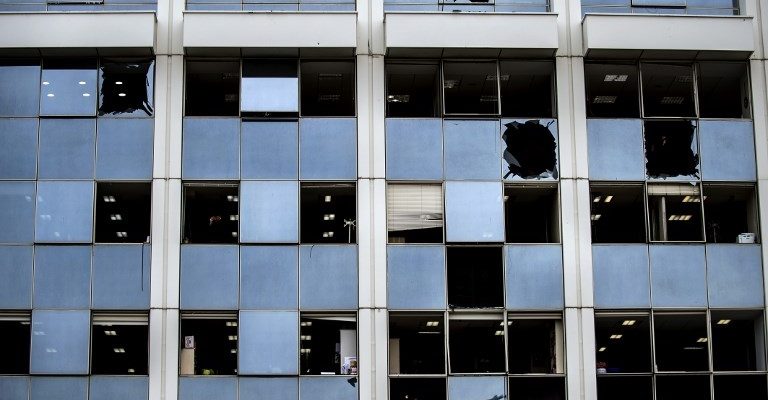 
A bomb blast today damaged a building in Athens housing the headquarters of Greece’s private radio and television network Skai and Greek daily newspaper Khatimerini, but there were no casualties. Anti-terrorist police opened an investigation into the attack that focused on Greek extremist groups. The International and European Federations of Journalists (IFJ-EFJ) join their Greek affiliates in condemning the blast as “an attack on media pluralism”.

The homemade device went off at around 2:37 am, 45 minutes after an anonymous telephone warning to another TV network. Police cordoned off the neighbourhood in the Athens suburb of Neo Phaliro and evacuated the building, which contains the offices of Skai, a group owned by the Alafouzos shipping family, as well as those of Kathimerini, a centre-right daily critical of the government.

Police said the explosive device was attached to a metal crash barrier on a busy coastal road in the southern Faliro area. The bomb smashed windows on the facade. Nearby apartment buildings and cars were also damaged. Police, who were checking cameras in the area for possible clues on the bombers, also said the device had contained at least five kilograms of explosives.

“The terrorist attack will not discourage us..,” said Skai in a statement, accusing the government of failing to do enough to protect the media despite “recurrent threats against the station.”

The Executive board of the Journalists’ Union of the Athens Daily Newspapers (JUADN) called on today Greek authorities “to identify as soon as possible and bring to justice the perpetrators of this attack.”

The IFJ and EFJ submitted today an alert related to this terrorist attack on the Council of Europe Platform for the Protection of Journalism.