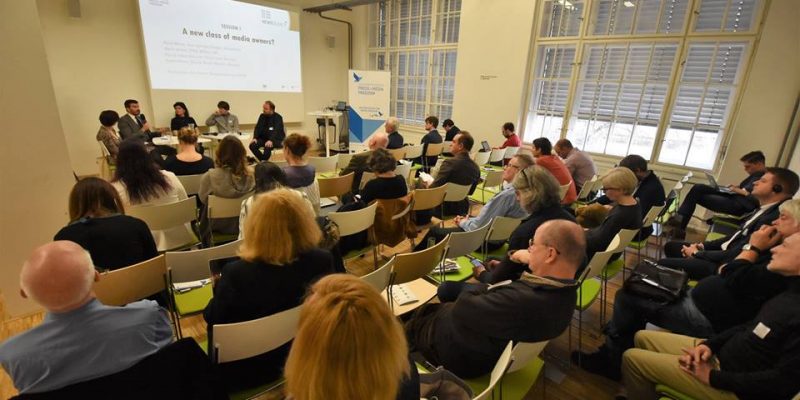 
The damaging effects of media ownership concentration in Europe was the topic of the Newsocracy conference held in Prague, Czech Republic, on 14 December, organised by the European Centre of Press and Media Freedom (ECPMF). The conference highlighted the importance to develop both transparency and pluralism in media ownership to guarantee media as a public good.

“The conference turned out to be a wake up call. Experts showed how the lack of transparency in ownership influences media policy in many European countries – in the EU in general, in Central and Eastern Europe in particular”, said European Federation of Journalists’ (EFJ) President Mogens Blicher Bjerregård, who moderated the panel on media ownership at the regional and local level, covering Serbia, the UK and Poland. “The discussions showed that media concentration is not only taking place in Czech Republic, host of the conference, but also in countries like the UK.”

Four main recommendations were developed during the panel discussions:

At the end of the conference, the chair of the ECPMF Supervisory board, Lucie Sýkorová, stressed in her final recommendations the need to raise public awareness about the lack of transparency and pluralism in ownership. And finally she quoted Brenda Leonard at Bush Radio in Cape Town: “You need to adapt to changes without selling your soul”.