Dutch photojournalists on strike for a payrise to counter inflation, falling tariffs and ignored authors’ rights 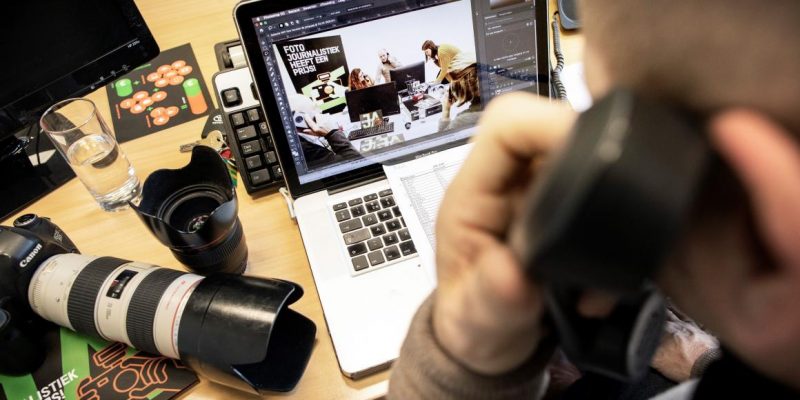 
The Dutch union of journalists Nederlandse Vereniging van Journalisten (NVJ, an EFJ affiliate) and its photojournalist section the NVF announced on 09/01/2019 that they will be going on strike in protest at the erosion of rates of pay. The NVJ/NVF has written to six prominent Dutch media companies calling for talks before January 11th – with strike action set to go ahead on January 25th if talks are unsuccessful. Already over 200 photojournalists have pledged their support for the action. A national monitor of freelance rates shows they fell from €80 a photo in 2014 to an average rate today of €42 with some rates falling as low €15 to €20 for a photo. The NVJ/NVF are calling for a 14% increase in rates in order to keep up with inflation since 2010, online tariffs made equal to print ones, and a respect for their creators’ rights (copyright).

The European Federation of Journalists, the largest organisation of journalists in Europe, representing over 320,000 journalists in 70 journalists’ organisations across 44 countries, expressed its support for the Dutch colleagues. “This action shows us the way to build concrete solidarity between staff and freelance journalists. We fully support the photojournalists in the Netherlands and the union’s campaign fighting to improve the professional working conditions and build trust and respect between professional and the broader public opinion. We are also calling every photojournalist in Europe to express online support with the Dutch colleagues, their fight is our fight”, said EFJ President Mogens Blicher Bjerregaard.

Natasha Hirst, Chair of NUJ Photographers’ Council said : “Such coordinated action amongst freelance photojournalists is extremely significant and we applaud our Dutch colleagues for their campaign. Photographers in the UK face similar threats to their livelihoods as rates of pay decrease whilst copyright infringements and use of unpaid amateur photography are an ever-present intrusion. The ongoing battle with stock agency Alamy over their cuts to commission serves as just one example of the challenges our members face. Photojournalists are highly skilled and should be paid fairly for their work. We stand shoulder to shoulder with our colleagues in the Netherlands and will be watching developments closely.”

The General Secretary of the NVJ/NVF, Rosa García López said:

“So far, more than 200 freelance photo-journalists have said they are prepared to stop work on 25 January. That is almost unprecedented in the history of self-employment. Freelancers act as individuals, but they are now prepared to join forces because the need is so great. The photo-journalist profession deserves tariffs that can sustain it into the future. We have announced a series of actions and we could use all the support we can get from our overseas colleagues.If we don’t stand firm now and act with all our Dutch union members this could mean the end of photo-journalism. Unless we do, our clients will simply realise that we are not prepare to act in a united manner. Therefore, it is now or never because the only pressagency in the Netherlands – ANP – threats to cut rates with 50% and six media organizations pay extremely low online rates (as well in print) while they have anounced that within five years they will go online (print will disapear)! Online rates of 15 Euro for a photoshoot are onacceptable. Photojournalism is not a hobby.”

Currently, according to the NVJ, at least 183 Dutch photojournalists confirmed to participate to the strike on Friday 25th of January by stopping their work to join the action for a payrise. The initial objective is to reach at least 200 professionals for the action.

«We fully support our Dutch colleagues in their campaign for improving their professional working conditions. Your demands are easy to understand and ought to be easy to accept. Photojournalism is not a hobby. Standing together makes us stronger.” said Oddrun Midtbo, chair person in NJ Freelance, division for freelancers in NJ, Norwegian union of Journalists, and co-chair of the EFJ Freelance Expert Group. many solidarity messages came from affiliates including the French and German unions.

#Netherlands: Over 450 #photojournalists go on strike to demand:
?Decent rates for their work
?Respect for their authors’ rights
?Match online and printed tariffs
We and the @EFJEUROPE fully support your demands! @nvj #Fotojournalistiekheefteenprijs https://t.co/FhBdqTGhCs … pic.twitter.com/dRJzPDvcr3