Joint letter to Lithuanian PM: demand to guarantee the full independence of LRT 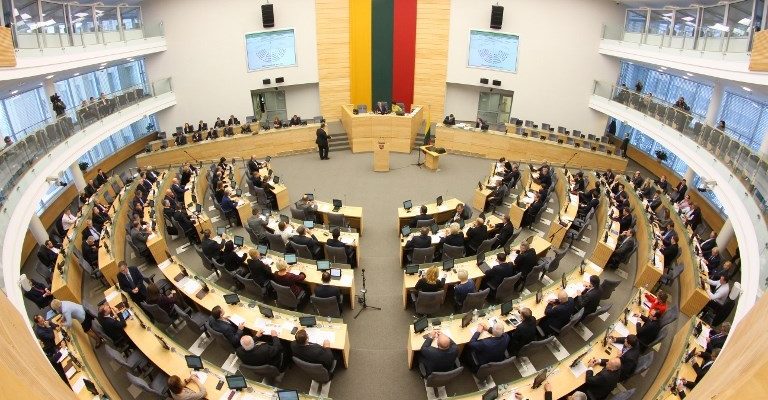 
The European Centre for Press and Media Freedom (ECPMF) and the European Federation of Journalists (EFJ) have jointly sent a letter today to the Prime Minister of Lithuania and the Speaker of the Seimas (Parliament). EFJ and ECPMF demand that the government ensure the independence of the Lithuanian public broadcaster (LRT), as proposed changes to the law threaten to curtail it.

Here is our joint letter to demand to guarantee the full independence of LRT:

We are writing to you today on behalf of the European Centre for Press and Media Freedom (ECPMF) and the European Federation of Journalists (EFJ), with the demand to guarantee the full independence of the Lithuanian National Radio and Television (LRT).

Journalism faces tremendous economic difficulties in Lithuania, which makes it vulnerable to political influence. Over the last year, LRT described that they were under significant political pressure from your party. EUI’s Media Pluralism Monitor 2018 observed signals of political pressure and control over the LRT already in late 2017, which required monitoring the situation of media pluralism.

The latest developments and its impacts give us even more cause for concern.

The new draft law on LRT is to be debated by Lithuania’s Parliament on 11 January 2019. We are concerned that the legislation was drafted without involving journalists or civil society organisations.

As described in your response to an alert of the Council of Europe Platform for the Protection and Safety of Journalists on 18 December 2018, Lithuania promotes and protects freedom of expression based on international human rights standards. Therefore, amendments in the laws defining the governance of the LRT shall be adopted after a broad public debate and in accordance with international standards as well as the case law of the Constitutional Court of the Republic of Lithuania.

We ask Seimas not to proceed with the draft law or adopt any conclusions without a broad public debate – by first involving and consulting with freedom of expression organisations and journalists’ representatives, including the OSCE Representative on Freedom of the Media, as well as the Council of Europe.

The State is under strong obligation to guarantee a pluralistic audio-visual service by putting in place a legal framework to ensure LRT’s independence from political interference and control.

The editorial independence of public service media as provided by European standards must be guaranteed. We hereby endorse the EBU’s preliminary comments on the draft law sent on 9. January.

The requirement to disclose confidential information already raised concerns about the independence of LRT. While EFJ and ECPMF appreciate the efforts to create more transparency at the national broadcaster, both organisations have expressed their concerns about possible misuse of the established parliamentary committee to investigate the financial transparency of the public broadcaster in order to harm it. This is now at stake and must be averted.

We stand at your disposal with all our expertise and welcome your response concerning this matter.