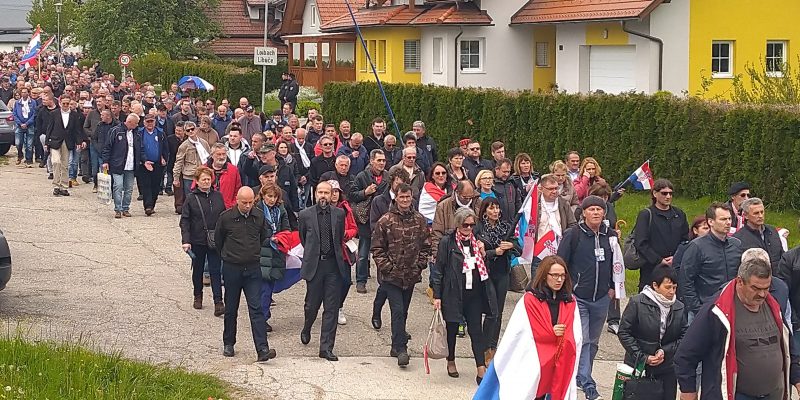 The European Federation of Journalists (EFJ) joins its affiliate, the Croatian Journalists’ Association (CJA) in condemning the physical and verbal attacks on the German newspaper The Frankfurter Rundschau journalist Danijel Majić on 18 May 2019 at the Bleiburg memorial in Austria. Majić was attacked by Velimir Bujanec, a Croatian extreme right-wing TV-presenter and a group of other people attending the memorial.

According to The Frankfurter Rundschau, Majić was reporting from the memorial service when he was recognised by Bujanec’s supporters. When Majić was leaving, Bujanec spit at him and the crowd attending the service began to insult him and kick at him. Fortunately, the attack was stopped by the Austrian police.

Majić has been writing about right-wing extremism according to his personal web page. In the past, he had also written several times about Bujanec’s appearances in Croatian Catholic parishes in Germany and about Croatian nationalism in general. Immediately after the incident, Majić received numerous threats via social networks. On Facebook, Bujanec himself threatened Majić several times in the past, calling for violent acts against the journalist.

CJA president Hrvoje Zovko said, “We hope that the Croatian police will be as efficient as the Austrian when it comes to incidents at Bleiburg memorial.”

The annual commemoration on the Austrian-Slovenian border for the so-called “tragedy of Bleiburg” was visited by 10.000 people this year. The event is under the patronage of the Croatian Parliament and the Croatian Catholic Church and was criticised in the past years because the participants had repeatedly openly glorified the fascist Ustasha regime.

Five days after the incident, the Croatian right-wing newspaper “Hrvatski Tjednik“ referred once more to the Ustasha-memorial: On the front page, they showed pictures and names of five German and Austrian journalists, including Danijek Majić, from Ö1, Standard, Deutsche Welle, Welt and Frankfurter Rundschau. The newspaper described them as “a young Communist International that could not prevent the commemoration in Bleiburg”. The EFJ and the Austrian union Gewerkschaft der Privatangestellten, Druck, Journalismus, Papier (GPA-djp) published a joined letter protesting against this denunciation.