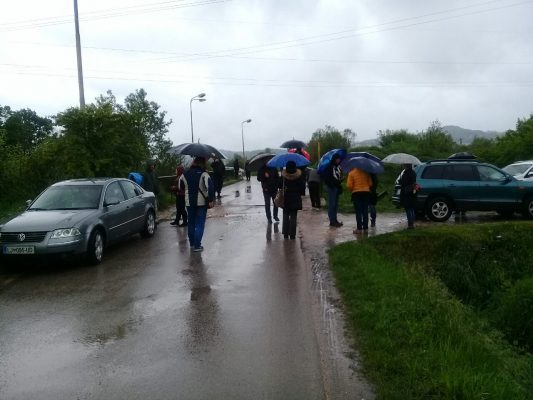 On May 14, 2019, in Šijače, Bosnia and Herzegovina, a private security guard damaged the camera of Ademir Mešanović, a cameraman working for local public broadcaster RTV TK, while he was covering the eviction of families from their properties near the state-owned Kreka coal mine. The European Federation of Journalists (EFJ) joins its affiliate the Bosnian Herzegovinan Journalists Association (BHJA) in calling for urgent prosecution of the attack against Mesanovic.

The guard of the private security service “Cobra” grabbed Mešanović’s camera and threw it in the mud, damaging the camera and preventing Mešanović from continuing his reporting, RTV TK reported. Other media teams were also banned from the area. On May 16, Osman Bleković, the director of the Rudnik Kreka mining company, apologised for the attack in a letter sent to BHJA and RTV TK. According to a representative from SafeJournalists.net, a regional press freedom organisation in which the BHJA is a member of, local police has started an investigation into the incident.

A security guard told Mešanović that there was “no need” for the journalist to film there because local authorities would issue an official statement about the evictions, and that journalists were banned from the area, according to BHJA.

The Western Balkan’s Regional Platform for Advocating Media Freedom and Journalists’ Safety considered the attack as an “unacceptable attack” on freedom of expression and safety of media professionals. The platform said, “It is a particularly brutal attempt to prevent the media from reporting about an event of public interest, and the eviction and destiny of families living near the mine is such event.”