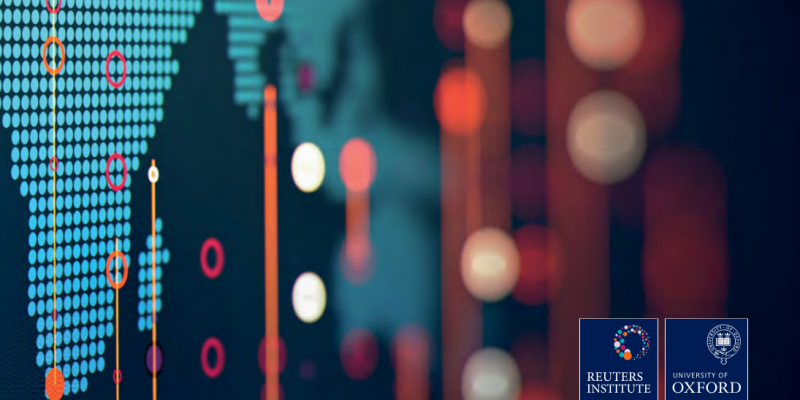 Only 49% of the sample in the Digital News Report 2019 trust the news media they use, reveals the most recent Digital News Report published on 12 June by the Reuters Institute in cooperation with the University of Oxford. Based on data from 75,000 online news consumers in 38 countries on six continents, the 2019 report focuses on trust in media and disinformation, models of payment, the impact of populism and the shift to private messaging apps.

The average level of trust in the news in general has fallen again 2 percentage points to 42%. Less than half of the sample (49%) agree that they trust the news media they themselves use.

In France the trust level has diminished to 24% (-11) in the last year due to the media coverage of the Yellow Vests movement. News found on social media remain very low trusted with only 23%. “The media remain broadly trusted in Finland (59%), Portugal (58%), and Denmark (57%), while less than a third say they have confidence in the news in Hungary (28%) and Greece (27%),” the report says.

Despite efforts by the media sector to gain public confidence, 55% of the sample still have concerns about disinformation. Especially in the UK (70%, +12pp) and France (67%), the concerns rate jumped very high, while in Germany (38%) and the Netherlands (31%) people are more confident due to a less polarised political landscape.

Nevertheless, established news brands might take advantage of this trend, as “across countries over a quarter (26%) say they have started relying on more ‘reputable’ sources of news. A further quarter (24%) said they had stopped using sources that had a dubious reputation in the last year.” 29% of the sample said, they would not share a potentially inaccurate news article. Changes in behavior are directly linked to the level of concern about disinformation.

More and more publishers launched payed models in the last two years. The study found evidence that “the significant expansion of paywalls may be affecting user experience: 70% in Norway and around half in the USA, Denmark, Australia, and the Netherlands say they see payment barriers at least weekly.” At the same time, this development might push readers towards news aggregators. The study determined a significant, relatively modest shift towards mainly AI-driven services like Google News, Upday, News Republic and Flipboard. Apart from that, there is a rising number of online subscriptions, which however still fails to fund journalism in a sustainable way.

Despite efforts of the news industry, the study determines only a “small increase in the numbers of people paying for any online news – whether by subscription, membership, or donation. Growth is limited to a handful of countries mainly in the Nordic region (Norway 34%, Sweden 27%).” Because readers tend to have only one online subscription, only a few media brands take advantage of it, following the principle ‘winner takes all’.

Often considering themselves having an educational mission, the study determined news media are failing to explain news to every second citizen. “Across countries, almost two-thirds feel the media are good at keeping people up to date (62%), but are less good at helping them understand the news (51%).” Just four in ten (42%) think that the news media does a good job in its watchdog role.

Compared to 2017, more people say they actively avoid the news (32%). “News avoidance is highest in Croatia (56%), Turkey (55%), and Greece (54%). ” In the UK, avoidance rises up to 11 points because of boredom, anger, or sadness over Brexit. 58% of people there say they avoid the news because it has a negative effect on their mood.

Indeed, four out of ten (39%) people think, that the news media reports too negatively about events. Another reason for avoidance might be the news overload people are suffering. According to the report, 28% agree that there is too much news these days. “It is lower in countries with a smaller number of publishers like Denmark (20%) and the Czech Republic (16%).”

Negative reporting and the news overload are factors leading to new forms of journalism. Formats like De Correspondent, Zetland, Republik and Tortoise Media dedicated their work to so-called ‘slow news’ in order to go more in depth. The ‘constructive journalism’ of brands like HuffPo and BBC World Hacks tries to fight mainly negative coverage. “Vox Media has built a formidable reputation for explanatory journalism, an approach that works particularly well with younger people looking to understand complex issues. Many traditional media companies have adopted similar approaches (BBC Reality Check).” Apart from that, new formats like podcasts are becoming more and more popular. 36% of the sample said, they listen to a podcast at least monthly.

Find the full report here and a 3-minutes-video showing the results here.

The quantitative research was conducted by YouGov using an online questionnaire at the end of January/beginning of February 2019. Apart from that, the results were combined with statements made in a qualitative research.