Bosnia and Herzegovina: every fifth citizen thinks attacks on journalists are justified 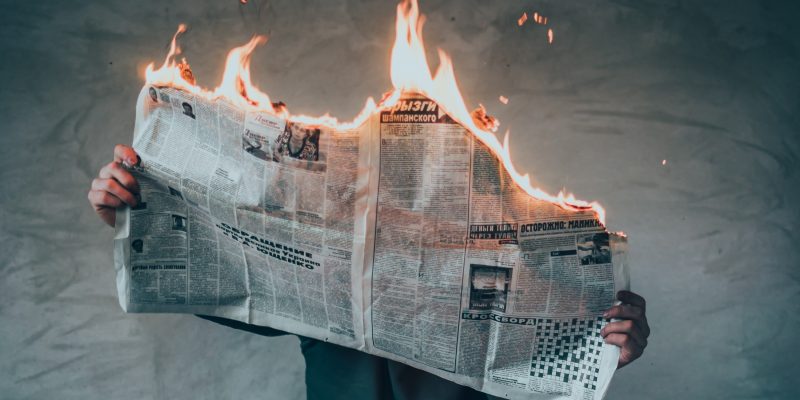 21% of the Bosnian citizens share the opinion that attacks on journalists are justified, says a new report made for the needs of the Bosnia-Herzegovina Journalists’ Association (BH Journalists) and the Friedrich Erbert Foundation, published on 16 July. The study titled “Researching Media Freedoms in Bosnia and Herzegovina in 2019” reveals worrying trends in the attitude of the country’s citizens towards their media.

In the last six years, BH Journalists has documented 121 cases of violence, 44 physical attacks, 21 death threats and 48 serious cases of harassment or verbal pressure. Yet violence against media workers is increasingly accepted in Bosnia and Herzegovina (BiH). “More and more citizens are inclined to blame the journalists themselves for the frequent attacks on them,” states the author. This change of attitude towards assault on journalists is seen as a serious turn compared to last year.

Such finding is all the more alarming that trust in media has again diminished: only 66% of BiH citizens consider the media of their country as trustworthy (-11%). While doubts in the professionalism of journalists are increasing, most people do not believe in the existence of media freedom in BiH (80%).

One reason is certainly the interdependence between politics, media and journalists. The participants considered politicians and political parties (55%) to have the strongest influence on the work of media, followed by media owners and editors (23%), and “influential businessmen” (12%). Especially public service media are seen very critically: eight out of ten BiH citizens agree they are under large political influence.

The report takes a closer look by analysing the different media. While trust in news found on the internet is decreasing in northern European countries, BiH citizens rated them in second position after TV news. Print media make up the midfield and radio news are on the bottom with only 5% trusting them.

The study results from 506 computer assisted telephone interviews with randomly selected residents of the Federation Bosnia and Herzegovina and from the Republic of Srpska. It was driven by Prof. Dr. Bozo Skoko, from the University of Zagreb. The full study can be downloaded here.