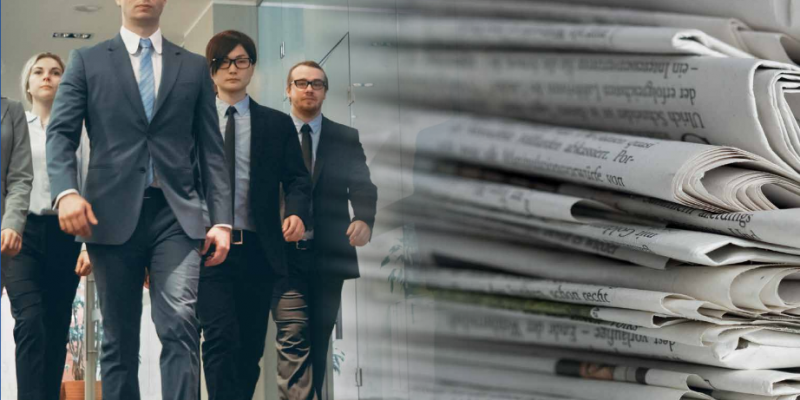 
German media’s legal departments see an increase of lawyer’s attempts to prevent journalists from reporting. That was found out by the new study “If you write that, I will sue you! Preventive strategies of lawyers against media”, published on 08 August. The research filed by the German Otto Brenner Foundation in cooperation with the “Gesellschaft für Freiheitsrechte” determined that legal departments receive an average of three preventive warnings per month.

Knowing that they don’t have a legal right to prevent a media from publishing an article concerning their clients, lawyers have the common practice to send so called “press law information letters” to the newsrooms. Through  emphasizing financial risks emerging from an eventual publication, they try to intimidate and influence the editors. This happens especially to investigative journalists, because they have the duty to confront the concerned person, before they publish their article.

Since such letters – especially in boulevard journalism – are often quoted in the following publication and even increase the damage to the client’s reputation, the study detected a new strategy arising: targeted communication in order to influence the reporting. Press lawyers have started to add public relation services to their portfolio, aiming to negotiate for adapted editions or to “pierce” the story with their own spin to contacts they have in other media. 14 out of 20 press lawyers said in their interviews, they started working with communications consultancies.

The study found out that the letters lead to a higher motivation and care for the journalist’s research. Still, 29 out of 42 respondents perceive press lawyers as “threatening”. While their letters don’t prevent journalists from publishing a story or touching specific topics, the study found out that it’s rather the media companies hesitating because they don’t want to take a legal risk. This attitude also affects trials in the aftermath of publications: Respondents described that for financial reasons their editors were rather willing to sign a cease-and-desist declaration, than defending their journalist’s work in front of the court. Becoming common practice, this concerning trend is weakening the press freedom in Germany.

The study was conducted by Tobias Gostomzyk and Daniel Moßbrucker in May and June 2018. It results from a database research, an evaluation of legal norms and judgments, interviews with 40 journalists and 20 press lawyers, an online survey with lawyers and data from 20 media legal departments. The whole study can be downloaded here.