Turkey: EFJ and IFJ call on HRC to address Turkey crackdown against journalists 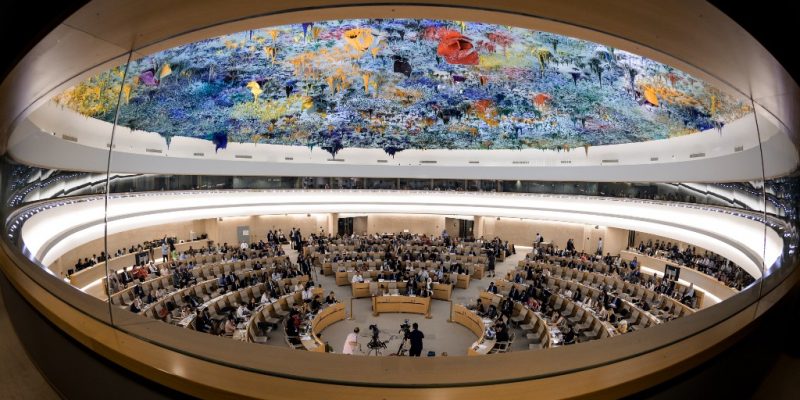 The European and International Federation of Journalists (EFJ and IFJ) sent along with other journalists and human rights organisations a letter to the United Nations Human Rights Council member and observer states to raise the ongoing crisis for freedom of expression in Turkey. Read the letter below or click here to download the full letter in PDF.

Ahead of the 42nd regular session of the UN Human Rights Council (HRC), we, the undersigned human rights and journalists’ organisations, call on your delegation to speak out and address the Turkish government’s repressive campaign against freedom of expression. The Council must not continue to ignore such a blatant violation of Turkey’s international human rights law obligations and commitments.

The situation for freedom of expression in Turkey is now critical, as outlined in a joint submission on freedom of expression to the UPR of Turkey by civil society. The right to hold and express dissenting opinions and to access information has been systematically undermined by the Turkish government in an intensive crackdown on journalists and independent media, academics, civil society, oppositional voices and the judiciary. Since 2016, the human rights situation in Turkey has steeply declined, facilitated by the misuse of sweeping emergency powers and the concentration of executive power. At the time of writing, at least 138 journalists and media workers are imprisoned, with hundreds more currently on trial facing lengthy sentences on manifestly unfounded terrorism charges. At least 170 media outlets have been closed down over claims they spread “terrorist propaganda”. Access to thousands of websites and platforms has been blocked after a government decree authorising removals and blockages of websites without judicial oversight.

This catalogue of human rights violations (see Appendix) is an affront not only to the Turkish Constitution and international obligations, but also flies in the face of the standards this Council has adopted, in particular on the Safety of Journalists (HRC Res 39/6) and on the Internet and Human Rights (HRC Res 38/7).

In a follow-up report to the HRC in June 2019, the Special Rapporteur on freedom of expression informed the Council that there had been a “lack of effective efforts by the State to implement the recommendations made” following his November 2016 country visit. In several areas, he found that the government was taking action “directly contrary” to the recommendations made. Ahead of Turkey’s upcoming Universal Periodic Review, the time to put the government on notice that it must change course, or face an intensification in international scrutiny is now.

All Member and Observer States committed to media freedom, democracy and the rule of law, must speak out during the Council’s 42nd Session.