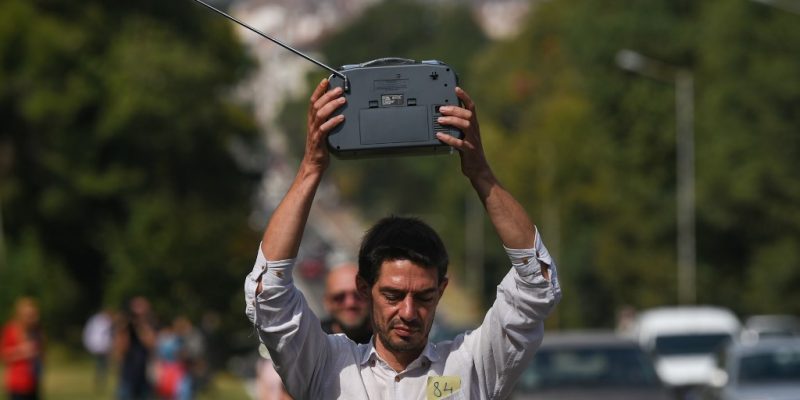 The crisis in the Bulgarian public service media started with the dismissal of the longtime radio journalist and legal expert Sylvia Velikova and the five-hour broadcasting suspension of the BNR’s Horizont Channel on September 13.

During a hearing at the regulator (Council of Electronic Media – CEM) on the following days, the editorial board of the radio channel exposed the pressure exerted by the BNR’s Director General Svetoslav Kostov through restrictions on journalists, imposition of censorship and interference on the editorial independence. In the same hearing, Ivaylo Savov – director of Horizont Channel – testified about the pressures he suffered by outside forces on the removal of Velikova.

The UBJ insists that the management contract of the Director General “should be terminated in connection with the gross administrative offenses committed, impairing freedom of expression, national security and the implementation of the Horizont radio program license”.

There are clear evidence of attacks on free speech, media freedom and independence, and on the right of journalists to ask questions and to inform their audiences. This succession of attacks against media professionals at the BNR is a clear example of the deep crisis facing the media in Bulgaria, where different forces are trying to influence the work of journalists and are challenging journalists’ working conditions

On 26 September, BNR’s journalists formed a human chain around the building’s station in Bulgaria in defence of media freedom. The same day, the EFJ together with the European Broadcasting Union (EBU) and the South East Europe Media Organisation (SEEMO), called on authorities to protect the independence of BNR and to come to a swift resolution of the current crisis.