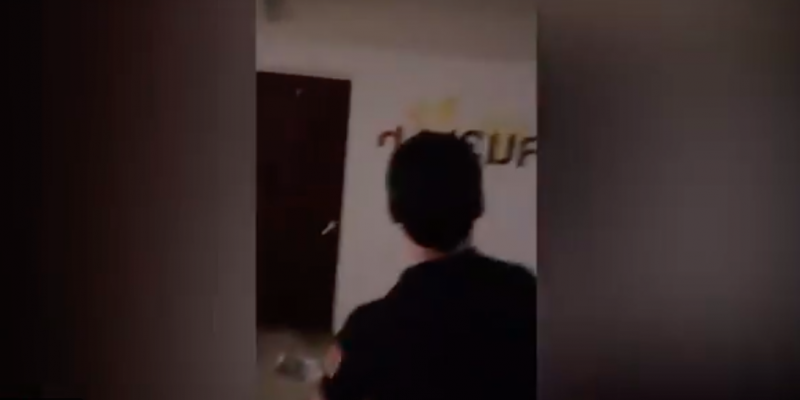 A group of government supporters attacked the offices of the online media Hayeli.am, highly critical of the Armenian authorities, on October 5. The group threw eggs and posted offensive posters at the entrance of the offices of the publication in Yerevan, the capital of the country.

The four suspects are all known as ardent supporters of Armenian Prime Minister and were protesting against a headline that they consider pro-Azerbaijani published by the news website last week: “Aliyev’s belated but ‘strong’ response to Pashinian”. The article was about Azerbaijani President Ilham Aliyev’s public reaction a statement on Nagorno-Karabakh made by Armenian Prime Minister Nikol Pashinian.

“They are lucky because their door is closed. We want to put all this stuff into their office”, said one of the perpetrators. Another one demanded that the media outlet should be closed. Hayeli.am described the attack as an act of political persecution and called on law-enforcement authorities to act.

The police launched an investigation into obstruction of the professional and legal work of journalists, which is a criminal offence in Armenia. Four men were interrogated and released with a signature bond imposed as a measure of restraint.

The attack was condemned by all political parties represented in the Armenian parliament and by some members of the government.