Turkey: Court orders the release under judicial supervision of Ahmet Altan and Nazli Ilicak after three years in jail 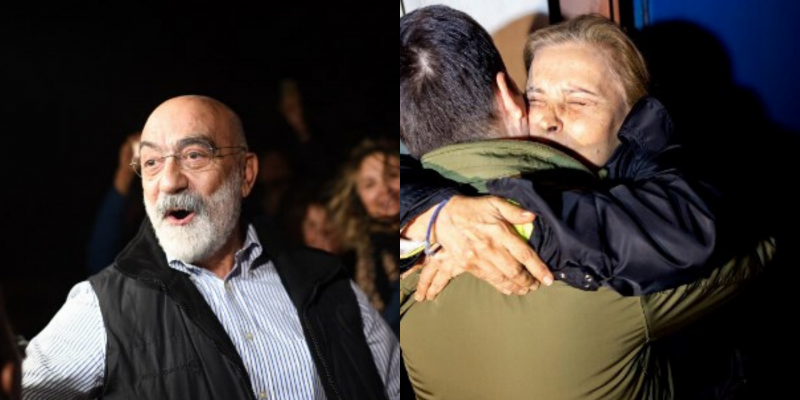 A Turkish court ordered on 4 November the release under supervision of journalists Ahmet Altan and Nazli Ilicak who had spent three years in jail, accused of participating in the failed 2016 coup. The European and International Federations of Journalists (EFJ and IFJ) welcome their release but urge authorities to remove the judicial control, stressing they were victims of trumped up charges.

Both journalists were jailed in 2016 following their conviction of “aiding a terrorist group without being its member”, charges that they always denied.

On 2 October 2018, the Court of appeal in Istanbul upheld aggravated life sentences of six suspects, including Ahmet Altan and Nazli Ilicak, for terrorism charges. The sentence was overturned by the Turkish Supreme Court, which sent the case back for a new trial.

In Monday’s ruling, the court sentenced to Ahmet Altan to ten years in prison and to Nazli Ilicak to eight but ordered their release under judicial control due to the three years they had spent in jail during the pre-trial period.

Novelist and journalist #AhmetAltan has just been released from Silivri Prison after spending 1138 days behind bars. Ahmet Altan is greeted by his brother #MehmetAltan, who was one of seven defendants in the #AltansCase pic.twitter.com/mtM1sS1L4q

Minutes after being released, Ahmed Altan said to media: ”They are going for the intellectuals to avoid being questioned. But we will continue questioning them. We saw what prison is like. If necessary we will go there again. They will have to return to the rule of law. We are not afraid.”

Journalist Mehmet Altan, brother of Ahmed Altan, was acquitted by the court on Monday after being released last year.

According to the TGS, an EFJ/IFJ affiliate, 125 journalists and media workers are currently behind bars in Turkey, making the country the biggest jailer for media professionals in the world.