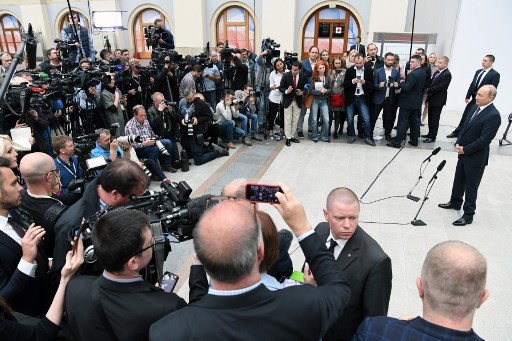 
The State Duma on 21st November adopted a law that expands the status of “foreign agents” to private persons, including bloggers and independent journalists: 311 MPs out of 315 voted in support of the initiative, no one voted against, four abstained. The bill now has to be approved by the parliament’s upper chamber, the Federation Council, before President Vladimir Putin signs it into the law.

Russia’s legislation on “foreign agents” already covers nongovernmental organisations and media outlets that receive any amount of funding from foreign sources. It requires them to indicate their ‘foreign agent’ status in publications, and creates reporting requirements, and restrictions on the activities they may undertake. Criminal and administrative sanctions for non-compliance include fines of up to 500,000 roubles or imprisonment of up to two years.

The adopted expansion of the legislation will allow the ministry of Justice and the ministry of Foreign Affairs to also label individuals as “foreign agents” if they disseminate information to an unspecified number of people and receive funding for this from abroad. This definition will cover bloggers and independent journalists who may receive grants, salaries, or payment for specific pieces of work from any foreign source.

Bloggers and independent journalists who fall under the law will be required to register with the Ministry of Justice, and those living abroad would also have to register under a legal entity inside Russia in order to publish in Russia. All information published by the ‘foreign agent’ blogger or journalist would then have to be marked with the “foreign agent” label.

The Russian Union of Journalists (RUJ) will closely monitor the implementation of the law to ensure that its norms are not interpreted arbitrarily. The Russian Journalists’ and Media Workers’ Union (JMWU) condemned the adoption of the new bill: “The extremely vague nature of its formulations is obviously intended for its selective application. This suggests that the new law principally targets journalists unpleasant for authorities,” said Andrei Jvirblis, acting secretary of JMWU.