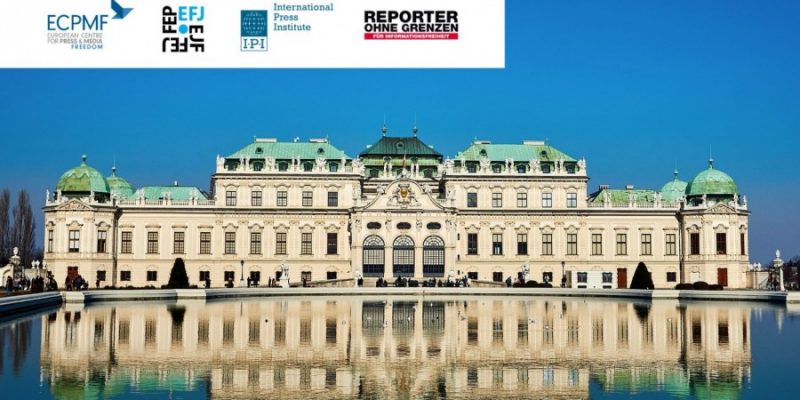 Shortly before the collapse of the ÖVP-FPÖ coalition government in May this year, the independence of Austria’s public broadcaster ORF seemed seriously threatened. Government’s attempts to eliminate license fees, if successful, would make the ORF dependant on the government for budgetary decisions. This, in turn, would increase the risk of interference by government’s representatives in editorial decisions.

Direct attacks against journalists, both online and offline, also reached unprecedented levels under the recent ÖVP-FPÖ government, raising concerns about media freedom in Austria. At the same time, journalists’ ability to access information about the government’s work was seriously affected by the government’s communication strategy that has become known as “message control”.

With ongoing coalition negotiations, press freedom and professional organisations, including the European Federation of Journalists (EFJ), the European Centre for Press and Media Freedom (ECPMF), Reporters Without Borders Austria (ROG) and the International Press Institute (IPI), will conduct a joint press freedom mission to Austria from November 27 to 29. The core focus of the mission will be the independence of Austria’s public broadcaster.

The mission will hold discussions with journalists, media experts as well as representatives of political parties currently represented in the National Council. The purpose of the mission is to engage in discussions with all stakeholders to address concerns related to media freedom and access to information inn Austria and put forward recommendations.

The findings of the mission will be presented at a press conference on November 29 from 10.30 to 11.30 a.m. at Café Stein, Währingerstraße 6-8 in Vienna, to which we cordially invite you. The EFJ representative will be Andrea Roth (BJV, DJV, Germany).