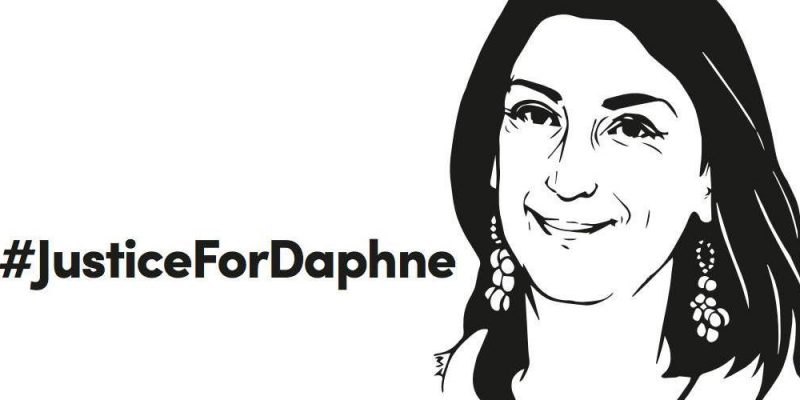 We, the undersigned organisations, condemn the actions taken by Maltese authorities to restrict press coverage and public scrutiny of the ongoing investigation into the assassination of Maltese journalist Daphne Caruana Galizia. We call on Maltese authorities to uphold their international obligations to ensure all journalists are protected in the carrying out of their duties and have access to political figures and information in the public interest.

An independent media and active citizenry is more necessary than ever in Malta as the investigation into Daphne’s assassination directly implicates senior politicians and business leaders. We are deeply concerned by a number of threats and acts of intimidation by the Maltese authorities, including members of the security services and other actors, that significantly undermines journalists’ safety and their ability to carry out their duties.

Over the past few days, we have noted with concern, reports of the attempted confiscation by security officers of a journalist’s mobile phone, and the detention of a group of journalists in a room at the Auberge de Castille by unidentified individuals, preventing them from doing their jobs following an emergency Cabinet meeting. We are also concerned by the authorities’ failure to properly inform the public about the Cabinet discussions or about the release of Keith Schembri – which was announced by the police via a one-sentence Facebook post, with no further information to follow.

At a time of significant movement and political upheaval, we call on the Maltese authorities to act in accordance with their commitments to an open and transparent judicial and political process, and their obligations to freedom of expression and freedom of information.

We call on the Maltese authorities and all parties to uphold their obligations to ensure journalists are able to carry out their duties free from threats and intimidation, and to ensure information is shared in an open, transparent and timely manner.