MEPs call on the immediate resignation of Maltese Prime Minister 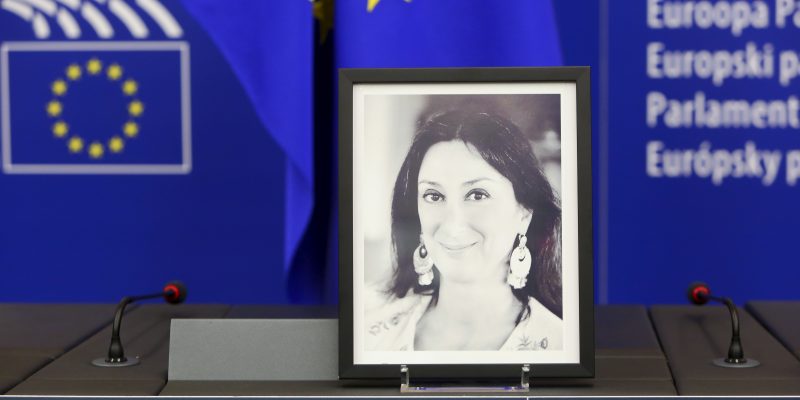 Several Members of the European Parliament (MEP) urged Maltese Primer Minister, Joseph Muscat, to resign “now”. In a resolution adopted on 18 December, the European Parliament expressed its concern about the “integrity and credibility” of the investigations related to the murder of Daphne Caruana Galizia. It stressed that “any risk of compromising the investigations (…) must be excluded by all means” and warned that this risk will persist for “as long as the Prime Minister remains in office”. MEPs also called on the new Commission “to enter into dialogue with the Maltese Government in the context of the Rule of Law Framework without further undue delay”.

The text highlights the allegations of corruption and money laundering against Muscat, his Chief of Staff and the former Minister for Tourism, other government members and private companies, pointing out that “other investigations into related cases of money laundering and corruption have not advanced or have not even been launched”.

The resolution shows growing concerns on media freedom in Malta, stating that “developments in recent years have led to serious and persistent threats to the rule of law, democracy and fundamental rights”. In this sense, it focuses on the “lack of safety for journalists and narrowing space for civil society as a result of harassment and intimidation are undermining oversight over executive power and eroding the civic engagement of citizens”.

The text also highlights that, in Malta, “journalists, and in particular investigative journalists, but not exclusively, are increasingly facing so-called ‘Strategic Lawsuits Against Public Participation’ (SLAPP) against them, intended purely to frustrate their work”, and it also refers to the hate campaigns and libel suits that Daphne Caruana Galizia‘s family have been facing these last months.

During the debate, the new Commissioner for EU Values and Transparency, Vera Jourova, committed to help Caruana Galizia’s relatives to find out who ordered the crime: “The family demand truth and justice and we stand with them,” she said.

“We’re faced with a criminal network that has seized control and chipped away at the pillars of our republic,” stated Maltese EPP MEP Roberta Metsola. Dutch Renew MEP Sophie In ‘t Veld added: “We’re dealing with hard-nosed criminals who are ready to kill. They’re not going to be terribly impressed with a bureaucratic EU response”. Some of the members of Muscat‘s political group S&D, such as German MEP Birgit Sippel, qualified Malta as a “symbol of corruption”.

The resolution has been adopted by a large majority, ratified with 581 votes in favor, 26 votes against and 83 abstentions. It arrived to the European Parliament following the latest revelations about Daphne Caruana Galizia‘s murder and the political instability in Malta, when a delegation travelled to the country to assess the situation. The draft mission report will be discussed in the Civil Liberties Committee early next year.

The European Parliament has also approved the creation of an annual ‘European Daphne Caruana Galizia prize for outstanding investigative journalism‘.

You can find more information about the resolution here.