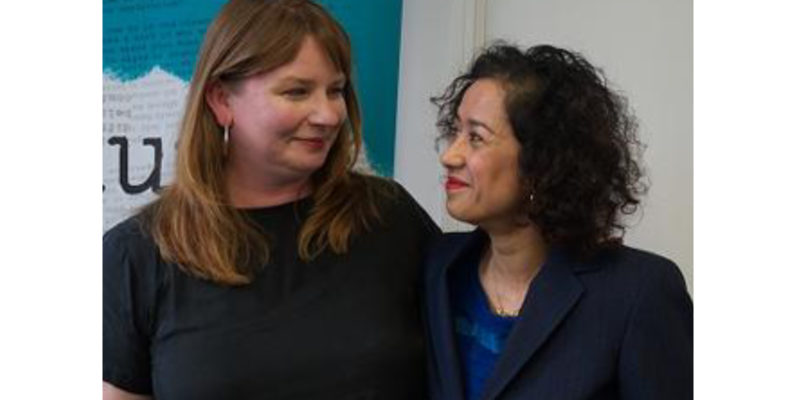 BBC presenter and National Union of journalists (NUJ) member Samira Ahmed today won a landmark equal pay victory against the BBC. The European and International Federation of Journalists (EFJ-IFJ) congratulate her and the NUJ for its excellent and inspiring work and hope this victory will encourage all women journalists seeking equal pay to make sure they are in a union and media employers to learn the lessons.

Journalist Samira Ahmed, backed by the NUJ, first appeared at The Central London Employment Tribunal on Monday 28 October to challenge unequal pay at the BBC. The journalist has been presenting the BBC programme Newswatch since 2012 and claimed she was paid 6 times less than another presenter, Jeremy Vine, in relation to his work on Points of View between 2008 and July 2018.

Both programmes were presenter-led programmes just under 15 minutes long, which considered audience feedback on BBC programmes and offered the public the opportunity to air their opinions on BBC content.

On 10 January the London Central Employment Tribunal ruled that the presenting work of Samira Ahmed on BBC’s Newswatch programme was equal to that of Jeremy Vine on Points of View.

In its written judgment the panel acknowledged that “Jeremy Vine was paid more than six times what the claimant was paid for doing the same work.”

The judgement also highlights the lack of transparency and inconsistency in the BBC’s approach in setting pay.

NUJ general secretary, Michelle Stanistreet said:  “It was an incredibly brave decision on Samira’s part to take forward this case. No-one wants to battle their employer in a public tribunal hearing, but the BBC’s failure to meaningfully negotiate made legal proceedings inevitable.

Samira Ahmed, said: “No woman wants to have to take action against their own employer. I love working for the BBC. I’m glad it’s been resolved. I’d like to thank my union the NUJ, especially Michelle Stanistreet the general secretary, my legal team Caroline Underhill of Thompsons Solicitors and my barrister Claire Darwin and everyone – all the men and women who’ve supported me and the issue of equal pay. I’m now looking forward to continuing to do my job, to report on stories and not being one.”

“This case has the merit of shedding light on hidden discrimination,” said EFJ General Secretary Ricardo Gutiérrez. “Such wage gaps can no longer be tolerated. These economic abuses are as serious in their scope as sexual abuse. We must put an end to this particular form of male domination.”

IFJ General Secretary Anthony Bellanger said: “We congratulate Samira Ahmed for her victory and our union for its relentless support. We hope this landmark decision will encourage all our female colleagues to be part of the union, to take a stand for equal pay and for our affiliates to fiercely support them. Media employers must address cases of inequality and solve them before those have to be brought to court. We hope they learn a lesson”.

IFJ Gender Council Chair Maria Angeles Samperio said: “Samira‘s victory is a victory for all of us and women should feel empowered by it. There is a widespread issue of unequal pay in the media. What Samira and her union managed to achieve must be replicated everywhere in the world. Time for action!”

The NUJ is now pressing the BBC to resolve all of its outstanding cases on equal pay.