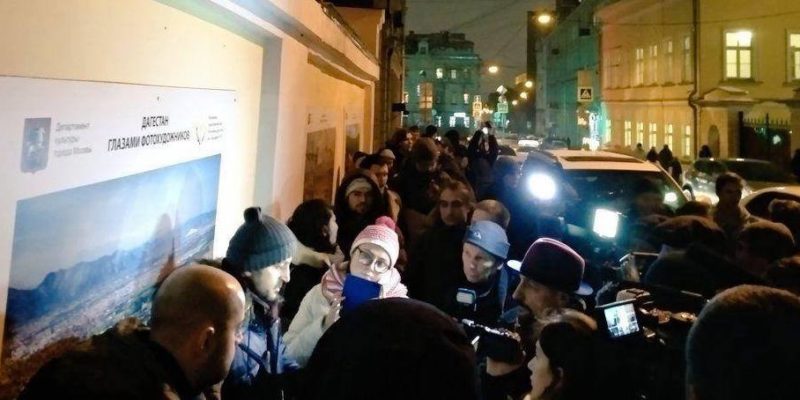 A court extended the provisional detention of Daghestani newspaper Chernovik’s editor Abdulmumin Gadzhiev until 13 March 2020. The Russian Journalists’ and Media Workers’ Union (JMWU) called on the authorities for his immediate release, given that the charges against him are baseless.

Gadzhiev was arrested on 14 June 2019 by the security services of the Republic of Dagestan on terrorism charges. According to JMWU, the case is based on a testimony of a witness obtained under torture. Abdulmumin Gadzhiev faces up to 20 years in prison.

As the Russian government systematically prohibits all forms of protest, except solitary pickets, journalists in solidarity from 16 Russian media outlets convened on 29 January to demand the journalist’s release by standing one behind the other, forming a line in front of the Moscow representation of the Republic of Dagestan.

I am worried by the extension of arrest of Abdulmumin Gadzhiev from #Chernovik portal in #Dagestan #Russia on terrorism charges. Gadzhiev is a journalist. He should not be prosecuted for his professional activities. I call for drop of charges against him and for his release.