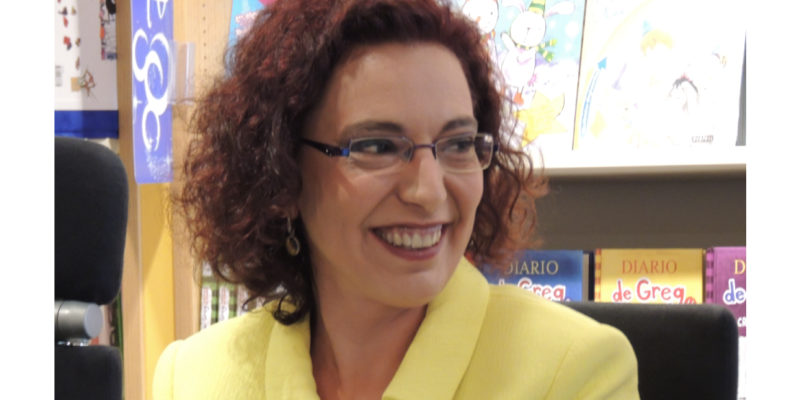 Radiotelevisión Española (RTVE), the Spanish public broadcaster, has appointed the journalist, FSC-CCOO affiliate and member of the EFJ Broadcasting Expert Group (BREG), Carolina Pecharromán as the new Equality Editor of TVE, replacing the recently deceased Alicia Gómez Montano. She will start her new position on the 1st of March.

Pecharromán‘s mission will be to guarantee equality between men and women in both content and presence on public television and radio, to launch initiatives that will help eliminate malpractices that may occur on RTVE, and to close the existing gender gap in the Spanish public service media.

“It is our responsibility as a public service to promote content in which gender stereotypes and sexism have no place, to really reflect the composition and problems of our society. Media have an unquestionable social influence: they mirror their society itself, but they portray and shape what society is about and what it aspires to. That responsibility becomes urgent in the context of violence against women, the consequence of the social structure which would rather relegate them to a secondary and subordinate level,” says Carolina Pecharromán

This position was created in 2018 to give visibility to gender equality with the proposal of informative contents, fostering digital presence, and promoting synergies at RTVE, to develop new video, podcast or video blogging formats that will help to reflect and combat inequality.

“To achieve equality, we must give visibility and relevance to the other half of the world, the one that has not had it until now, women. It’s about changing the focus to better highlight what is usually out of focus. It is also about giving voice to expert women,  female actors and authors of their own lives and avoiding victimisation. It is also about offering an image of masculinity free from the stereotypes that have been governing it,” adds Pecharromán.

Pecharromán‘s career is largely linked to RTVE. Since 1993 she has been involved in entertainment programs and since 1997 in documentaries of historical and scientific dissemination. In 2000 she joined the territorial center of Extremadura as head of news, and in 2004 she moved to the central information services in Madrid, where she worked as a journalist in the areas of society and international news. From 2010 to 2015 she was Deputy Head of International news, and then she worked on Canal 24 Horas and the Agrosfera program. She started collaborating with Gómez Montano in October 2018 on the role of equality journalist and also on the equality web of RTVE ‘Todxs por Igual’, where she leads the program ‘Las píldoras de Carol’.