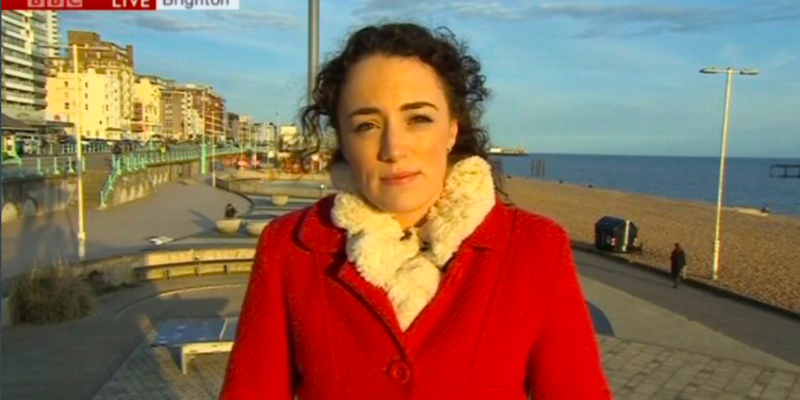 Lauren Moss, BBC’s South East political editor, was attacked by a member of the public moments before going live on air, on 19 February. The news reporter said on Twitter that she was preparing to broadcast from Brighton (England) when a man threw a cup of hot chocolate over her and used abusive language against the BBC.

Someone may not approve of my work or who I work for but I am a journalist just doing my job. Anti-media feeling like this is very concerning for anyone in the industry.

Lauren Moss and the cameraman were not hurt in the incident, but she said she was”shaken up and it could have been worse”.. “I think it is important to raise this and discuss it though as a wider issue and concern for all journalists”, she added hours after the incident.

A BBC spokesperson said: “Nothing is more important than the safety of our staff. This has been reported to the police.” Sussex Police confirmed that the incident is being investigated.

“The NUJ is very concerned about this incident which was obviously very distressing for Lauren. It was completely unacceptable behaviour. Fortunately, she was not hurt and was able to continue the broadcast. The BBC has reported the incident to the police and was right to do so. Journalists wherever they are should have the right to do their jobs without intimidation and the NUJ will support them.”, said Paul Siegert, NUJ broadcasting organiser

The incident followed weeks of discussions about the public broadcaster’s funding model, the announcement of possible cuts, which led to hostile comments by politicians and controversies.