Afgan Mukhtarli released, but still 102 journalists in prison in Europe 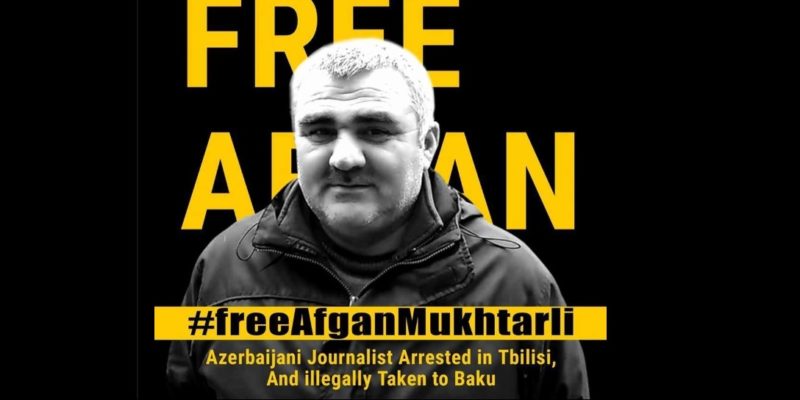 
The European Federation of Journalists (EFJ) welcomes the release of independent journalist Afgan Mukhtarli, who was previously sentenced to six years imprisonment by the Belakani District Court of Azerbaijan on 12 January 2018. He spent three years in arbitrary detention. Five other journalists are still behind bars for doing their job in Azerbaijan: Araz Guliyev, Elchin Ismayilli, Ikram Rahimov, Ziya Asadli, Polad Aslanov. There are currently 102 journalists in prison in Europe. The EFJ calls for their immediate release.

Independent journalist Afgan Mukhtarli has been released from prison in Azerbaijan on Tuesday 17 March, on a fine of around 534 euros. On Tuesday night, he landed in Berlin, Germany, where he joined his wife, journalist Leyla Mustafayeva, who is currently supported by ECPMF’s Journalists-in-Residence Programme (JiR), and their daughter Nuray.

“We are relieved by Afgan Mukhtarli’s early release,” said EFJ President Mogens Blicher Bjerregård. “We call on authorities in Azerbaijan and Georgia to prosecute those involved in Mukhtarli’s abduction and unlawful imprisonment in Azerbaijan. It is time for Azerbaijan to release the other five journalists unjustly detained. We will never forget them.”