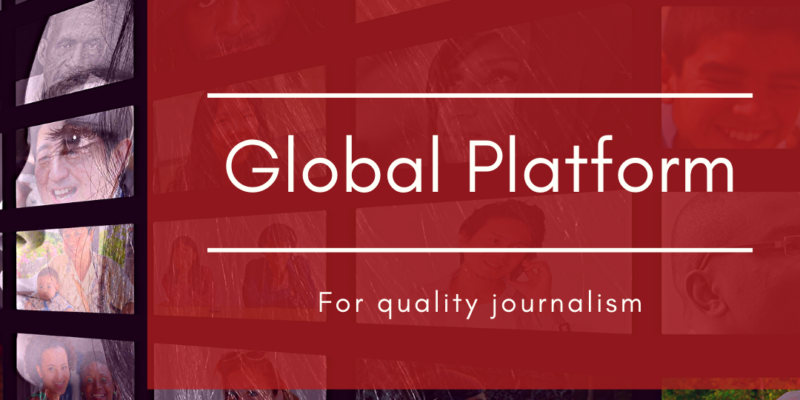 
On the eve of World Press Freedom Day on 3 May and in the midst of the Covid-19 crisis, the International Federation of Journalists (IFJ), the world’s leading professional and representative organisation of journalists with more than 600,000 members in 146 countries, launched a “Global Platform for Quality Journalism” on Wednesday 29 April. The document is aimed at IFJ affiliates, its regional groups and is supported by all the trade union World Federations, representing several hundred million workers. Information must never be confined. Information must remain a public good.

By bringing more than two thirds of humanity to a standstill, the health, political and economic crisis of Covid 19 will have terrible consequences on all our societies. And we are certain today that it will continue to do so for some time.

This “Great Confinement”, as already defined by the International Monetary Fund, in reference to the “Great Depression of 1929”, does not leave any continent or sector untouched, and the media, whatever their nature, are unable to escape this destructive wave. Many media companies have already closed down, millions of jobs have disappeared and journalists, even though quality information is essential for citizens in times of crisis, are suffering the full impact.

It is time to protect media, save jobs and support the most precarious workers.

But it is also time to prepare for the future, a future of quality, ethical and solidarity-based journalism that respects labour rights and fundamental freedoms.

The International Federation of Journalists (IFJ), the world’s leading organisation of the profession with 600,000 members in 146 countries, today proposes a strong and immediate global stimulus plan to save the most badly affected media and the most precarious journalists; and calls on all national governments to commit to quality journalism in this time of misinformation through strong political and economic measures that will ensure the survival of quality media and professional journalists.

Many IFJ affiliates around the world have already achieved significant progress and strong commitments from governments or employers’ federations:

From the onset of the pandemic, journalists have amply proved the essential role they play educating their citizens, contextualising the non-ending number crunching, explaining the science and, most importantly, unravelling the narrative played by politicians, asking the tough questions and exposing institutional failures. Thanks to their engagement, journalism as a public good, kept on thriving as the backbone of our democracies.

Unfortunately, at the same time, too many states are taking advantage of this crisis to increase their authoritarian power, strengthen their systems of surveillance of the population or to jail journalists while some media companies reduce salaries without negotiation, cut benefits or lay off staff.

The IFJ and its affiliates around the world will be at the forefront of tomorrow’s journalism, globally and nationally, and will continue to promote the quality, ethical and solidarity-based journalism it has been standing up for since its creation in 1926.

The IFJ therefore proposes a “Global Platform for Quality Journalism” to save and protect jobs in the media industry and create a future that promotes a sustainable, ethical and publicly supported information economy.

Information must remain a public good.