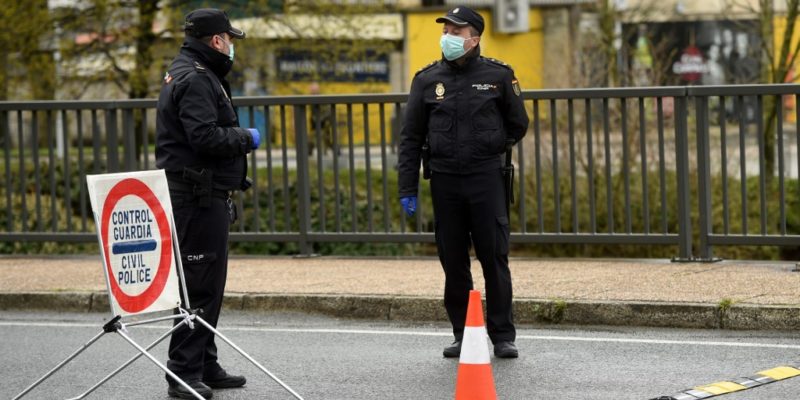 On 7 May 2020, Spanish border guards at the Ayamonte border post banned a team of three Portuguese journalists from Lusa news agency from entering Spanish territory to report on the work of Portuguese cross-border workers in Spain.

The Portuguese journalists showed their official press cards, but were not allowed to cross the border, on grounds of containment measures following the COVID-19 epidemic.

While workers in vital sectors from both countries are allowed to cross the border for professional reasons, journalists are banned from crossing into Spain and Portugal.

SinJor reiterated that journalists should be considered essential workers, which should have allowed them to cross the border, and filed a protest with Portugal’s Ministry of the Interior. The Ministry has announced that it would seek to clarify the situation.

“Both governments have the opportunity to solve this problem by including journalism as an essential public service in the renewal of the bilateral agreement, scheduled for May 17,” said the President of FAPE Nemesio Rodriguez. This amendment would allow journalists to cover the pandemic on both sides of the border. Respect for press freedom must know no borders”.

“The state of emergency has not suspended press freedom, which is even more fundamental in a crisis context,” added the President of SinJor, Sofia Branco. Journalists, both Portuguese and Spanish, must have freedom of movement to carry out their duties, which are essential to democracy and the right to information. SinJor calls on both governments, to guarantee the free exercise of journalism”.

“Journalists perform a vital mission in times of crisis. They must be allowed to operate across borders. Preventing them from doing so is a violation of European standards of access to information,’ said the EFJ President Mogens Blicher Bjerregård.

The EFJ denounced the closure of the border to journalists by posting an alert on the Council of Europe Platform for the Protection of Journalism.