Repression is intensifying in Belarus: world leaders should take action 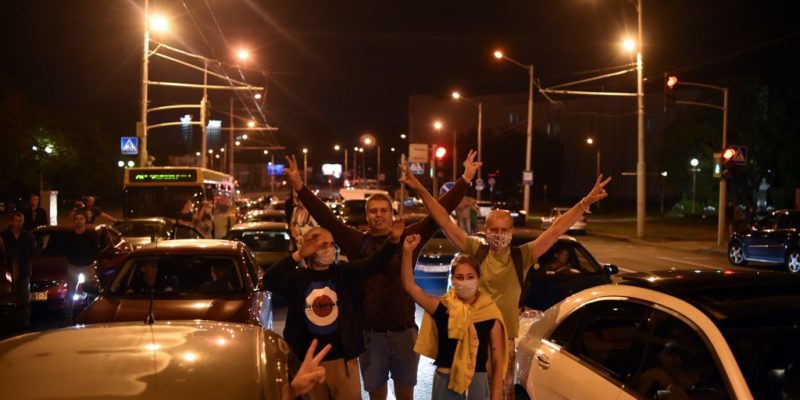 
Repression of the media and journalists is intensifying in Belarus. The European Federation of Journalists (EFJ) calls on world leaders and intergovernmental organisations to put pressure on the Belarusian regime to stop the violence against journalists and citizens who are peacefully demonstrating.

On Monday, several journalists clearly identified by distinctive signs were targeted by rubber bullet fire from KGB military units. The internet has been cut off and many news sites have been blocked.

The EFJ calls on the European Union, the Council of Europe and the OSCE to take action to stop the violence against journalists and citizens in Belarus.

EFJ demands explanations from Belarusian authorities for press freedom violations identified and monitored in the last 24 hours by our affiliate the Belarusian Association of Journalists (BAJ):

The National Union of Journalists of Ukraine (NUJU) also reported the case of an Ukrainian journalist from the Associated Press, Mstyslav Chernov, severely beaten by security forces, on the night of August 10, during the dispersal of a protest in Minsk.

“There is an unprecedented repression of the press in Belarus,” said the EFJ President Mogens Blicher Bjerregård. “The Belarusian authorities want to impose censorship through terror. Intergovernmental organisations cannot be complicit in this repression through their passivity.”