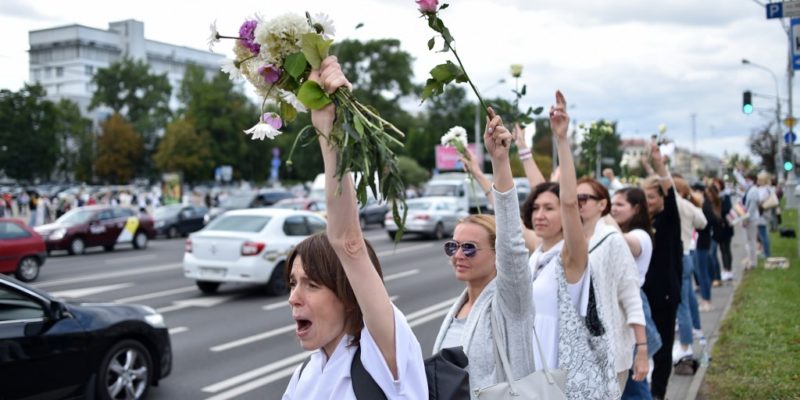 The EFJ welcomes the statement of the UN High Commissioner for Human Rights Michelle Bachelet condemning the violent response of the Belarusian authorities to the peaceful demonstrations held across the country in the aftermath of the presidential election.

“Journalists covering the demonstrations have been harassed and in some cases attacked, and have had their equipment destroyed or confiscated, and more than 50 reporters and bloggers have been detained, with criminal investigations opened against some of them,” says the UN Human Rights Chief’s statement.

The EFJ also welcomed the declaration of the High Representative of the EU for Foreign Affairs Josep Borrell calling on for “measures against those responsible for the observed violence, unjustified arrests, and falsification of election results”.

According to the monitoring of the Belarusian Association of Journalists (BAJ), 65 journalists have been detained in the country since Sunday. With the start of the election campaign on May 8, and until August 12, BAJ has registered 160 cases of serious violations of journalists’ rights in Belarus (detentions, arrests, fines and beatings).

“The Belarusian authorities practise censorship through terror,” said the EFJ General Secretary Ricardo Gutiérrez. “We call on the EU foreign ministers meeting tomorrow afternoon  to punish those responsible for this repression of journalists. We are still waiting for a reaction from the UN Special Rapporteurs Irene Khan, Clement Nyaletsossi Voule and Anaïs Marin to the human rights violations that we have denounced in Belarus together with our colleagues from BAJ and Free Press Unlimited.”

The EFJ joins the European Trade Union Confederation (ETUC) and the Pan-European Regional Council (PERC) in denouncing “the fraudulent conduct of the elections”, “the suppression of internet and media, road blockades, detentions and intimidation of journalists in order to stop the flow of information about the situation in the country”.

“The European trade union movement jointly urges the European Union to convene an urgent EU Summit to assess the Belarusian authority’s actions and review the EU relations with Belarus. This includes the reintroduction of commensurate sanctions for electoral fraud and violence as well as reconsidering cooperation with the country, including within the Eastern Partnership. Strengthening support to Belarusian civil society – including independent unions – and stopping any EU financial support to the government and state-controlled projects – including through multilateral development banks – must also be urgently addressed.”