Detentions of journalists have started again in Belarus 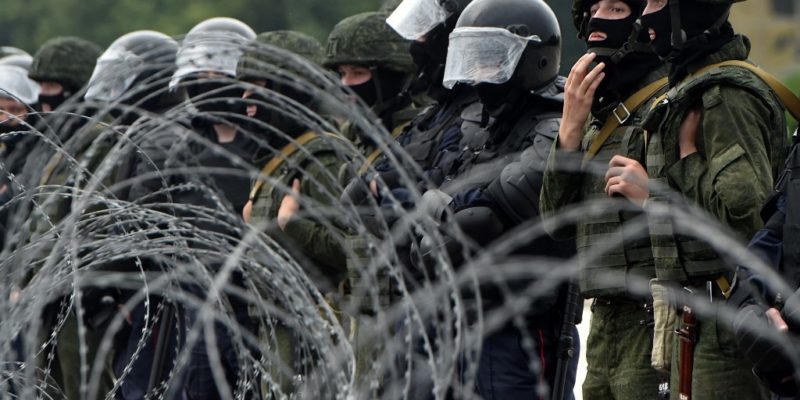 
The Belarusian Association of Journalists (BAJ) notes new cases of detentions of journalists in Belarus. The European Federation of Journalists (EFJ) joins BAJ in demanding that the authorities let journalists do their job. Moreover, this Monday, Belarusian riot police arrested two leaders of the pro-democracy movement, Olga Kovalkova and trade unionist Sergei Dilevsky, leader of the strike committee at the Minsk Tractor Works.

Journalist Yauhen Merkis was detained in Homel on 21 August. He was covering the protest actions when policemen approached and said that they had opened an administrative case against the journalists for participating in the actions.

Journalists from the Moscow newsroom of Radio Liberty Yulia Vishnyavetskaya and Andrei Kiselyou were detained in Minsk on 21 August. They were stopped to check their documents. Journalists spent several hours in the Partyzanski District Department of Internal Affairs of Minsk. They were later released and deported to Smolensk, in Russia. They were banned on entry for 5 years.

Hrodna.life journalist Iryna Novik and her husband Anatol Novik were detained in Hrodna on 22 August while filming with drones a rally in Grodno in support of Lukashenko. They were taken to the police department. An hour later, they were released. The scenes of demonstrations they had filmed were deleted by the police.

“The repression of journalists seems to have resumed in Belarus,” said EFJ General Secretary Ricardo Gutiérrez. “We demand that those responsible for these acts of censorship be prosecuted and punished. We reiterate our demand that European sanctions should target not only administrative and political authorities, but also leaders of state media.”