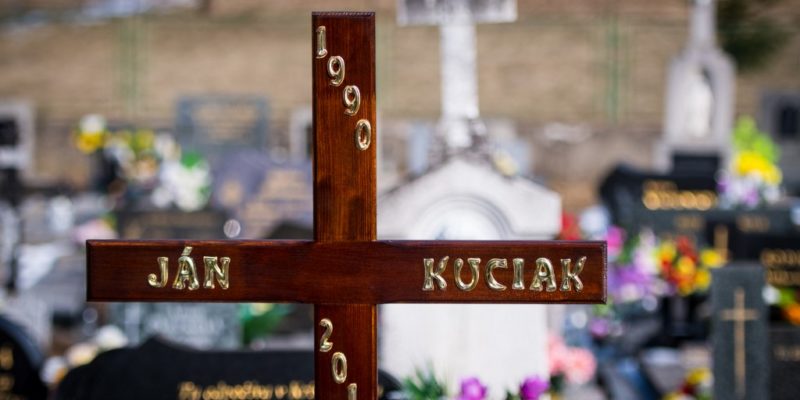 
Jan Kuciak has been murdered again. Thursday’s verdict in the trial of the killers of Jan Kuciak and his fiancée Martina Kušnírová is like a new death sentence for the Slovak journalist. The European and International Federations of Journalists (EFJ and IFJ) denounce a decision that perpetuates impunity and call on the Slovak judiciary to re-examine the case.

“This verdict is terribly shocking,” said EFJ General Secretary Ricardo Gutiérrez. “Three thugs have been convicted and it is now certain that Jan Kuciak was indeed murdered for his journalistic activity. But the person or persons who ordered the killing remain unpunished. Justice has not been done.”

“Marian Kočner, who is suspected of having orchestrated the murder of Jan Kuciak and his fiancée Martina Kušnírová, has established links with organised crime and the ruling Social Democratic Party in Slovakia,” added the IFJ General Secretary Anthony Bellanger. “The IFJ and EFJ call on the Slovakian authorities to take all necessary measures to expose possible safeguards and end the impunity perpetuated by this shocking and disappointing verdict.”

Beyond the injustice done to the victims and their families, impunity cases give rise to a suspicion of official collusion in, or tolerance of, unlawful acts and undermines public confidence in the rule of law. The IFJ and EFJ call again on the States to do their utmost to end impunity for the killers of journalists.

In addition to Jan Kuciak’s case, there are still 35 cases of murdered or missing journalists in Europe for which the perpetrators have not yet been identified: