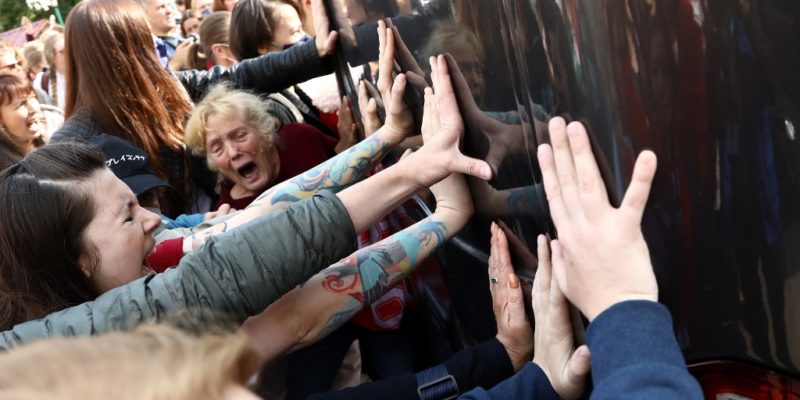 
The wave of repression against journalists continues in Belarus. On the sidelines of the demonstrations on Friday, Saturday and Sunday against the disputed president Lukashenko, eleven journalists were abusively detained by the security forces. Nine of them are still in prison today. The European Federation of Journalists (EFJ) demands their immediate release.

The EFJ affiliate in Belarus, the Belarusian Association of Journalists (BAJ), which continues to monitor any violation of press freedom in the country, issued today the list of detained journalists:

Since the fraudulent presidential elections of 9 August, 171 journalists have been arbitrarily detained by security forces in Belarus.

“We demand their immediate release and call for an end to the multiple intimidations recorded in other cities,” said EFJ General Secretary Ricardo Gutiérrez. “We once again call on the OSCE, the Council of Europe and the European Union to take concrete measures against those who rigged the elections and who are trying to build a wall of silence on mass demonstrations. What are we waiting for to impose sanctions on those responsible? What are we waiting for to send an international mission to observe the ongoing human rights violations?”

Michelle Bachelet decried hundreds of allegations of torture by the security forces in the crackdown on protests in Belarus, calling for investigations into all reports of ill-treatment, and for perpetrators to be tried.