Belarusian journalist wounded at the knee: “I demand Justice” 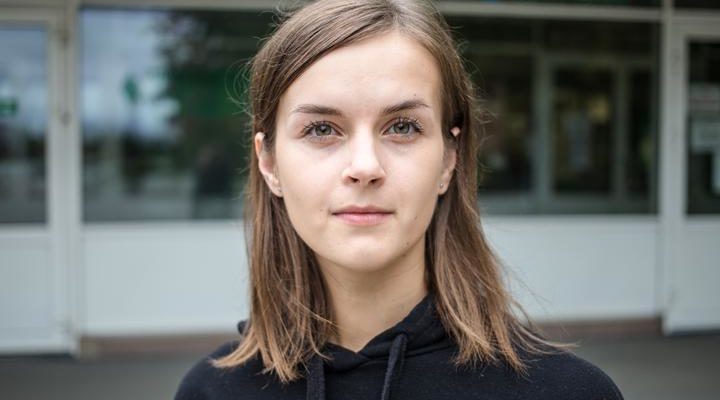 
On 10 August, the day after the fraudulent elections in Belarus, journalist Natalya Lubnevskaya was injured in the leg by a rubber bullet fired by security forces. She was covering demonstrations in Minsk for the newspaper “Nasha Niva”. She has just been released from hospital and is demanding justice.

Natalya, 27 years old, graduated from the Institute of Journalism of the Belarusian State University five years ago. She covers news related to women and the status of women for the daily newspaper Nasha Niva. Today she gave an interview to the online media TUT.BY.

“No one forced me to work during the protests,” she said. “It was interesting. I wanted to see with my own eyes what was happening, to understand it.”

“A lot of people gathered at Kalvariiskaya street. We, journalists from various media, covered what was happening and tried to stay away from the protesters. At some point, a detachment of security officials ran out of the courtyards. The protesters started to run away and the security forces opened fire on them. We stood on the side, ready to leave. The atmosphere was very tense. I was the last to leave. And suddenly I felt a very strong burning sensation in my leg. It seems to me that even now I do not fully realize what happened. And then there was a vacuum in my head. I only remember that when I was driving to the hospital, I thought: “Damn, the protests will probably continue, we have to work. And I obviously won’t be able to go anywhere tomorrow”. ”

She finally spent more than a month in hospital.

Natalya filed a complaint and provided the video with the moment of the shot (see below) and the contact details of the witnesses,  but the case has not been opened yet. The last official notification that came to her was that the follow-up was extended for a month, until 21 September.

“I will seek justice. Although, I confess, I do not believe that this is possible,” she said. “Why am I doing this? Because I have no choice. I understand how many injured girls and boys will not go to submit any applications, just to forget everything as soon as possible.”