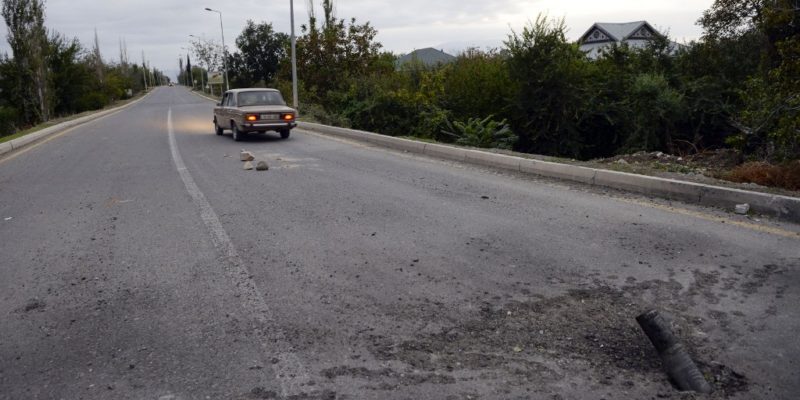 Two reporters with the French newspaper Le Monde were injured by Azerbaijani artillery in the town of Martuni, part of the breakaway region of Nagorno-Karabakh, on Thursday morning, Armenia’s foreign ministry said.The two French reporters were taken to hospital. Two Armenian journalists were also hurt in the shelling, according to Armenian authorities. Several journalists were interviewing residents
in Martuni and assessing damage from previous bombardments when the shelling started.

Armenia announced on Sunday it was declaring martial law and mobilising its army. It claimed its neighbour Azerbaijan had launched a military operation inside a breakaway region called Nagorno-Karabakh. Azerbaijan said it attacked only in response to Armenian shelling. The European Federation of Journalists (EFJ) and its affiliates in Armenia and Azerbaijan, the Union of Armenian Journalists (UAJ) and the Azerbaijan Journalists’ Trade Union (JuHI), call on the authorities in both countries to ensure the safety of journalists covering the conflict.

According to JuHI, an Azerbaijani public TV crew was targeted by the Armenian armed forces on Tuesday near Tartar, in Azerbaijan. The ITV car was stopped by gunfire and the team was able to flee. Shohrat Eyvazov, correspondent for ITV on the frontline, told JuHI that ITV officials wore a press uniform when they were attacked. The car also had a logo and ITV identification marks.

On Monday, according to Armenian news agency Armenpress, an Azerbaijani military drone has made threatening approaches against a group of reporters covering the conflict in the town of Martuni, in Armenia.

The EFJ calls on Azerbaijan and Armenia authorities to ensure journalists’ safety and to prevent any act of violence against members of the media. The EFJ also recalls that all Council of Europe Member states should guarantee freedom of movement and access to information to media professionals in times of crisis and conflict.