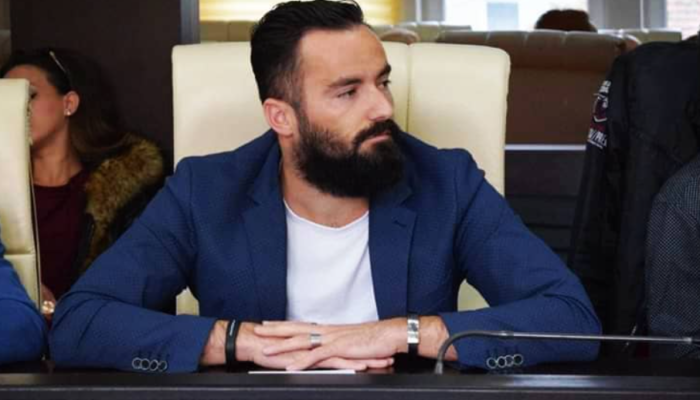 On Sunday, 18 October, Kosovo journalist Shkumbin Kajtazi announced via a Facebook post that he had found his car damaged by several bullets that broke the window and left holes on the front and back seats. It is believed that this attack is related to his journalistic work. Kajtazi is an investigative journalist working for Reporteri.net and Jepi zë and covers political events, politicians and corruption affairs in Kosovo.

This is the second time in four months that the journalist was targeted. The previous time, on 13 June, his car was set on fire and the prosecutor informed him that the suspect for this arson attack had taken responsibility for it, claiming it was due to Kejtazi’s journalistic output.

Speaking to Safe Journalists Network, Kajtazi explained that on 17 October in the evening, he was in the city centre of Mitrovica when he heard a noise around midnight, so he walked towards it. He found his car damaged and, when he came closer, he realised what he had heard were gunshots. Kajtazi called the Kosovo Police right away and they initiated the forensic search of the vehicle.

“In this case there is no one I suspect in particular, but I am quite sure the motives weren’t due to personal reasons,” Kajtazi said in a statement for Safe Journalists. He added that prolonging and not solving the cases of attacks toward journalists is worrying since this leads to more attacks. “I call upon Kosovo Police to take cases of attacks on journalists more seriously. In addition to following regular procedures, they should prioritise these cases because the attacks against journalists are attacks against freedom of speech.”

Together with the Association of Journalists of Kosovo (AJK) the European and International Federations of Journalists (EFJ/IFJ) call upon Kosovo authorities to take decisive action and urgently solve this attack.

President of the AJK, Gentiana Begolli Pustina, stated: “Attacks and threats are made in order to silence journalists. They don’t only harm the environment journalists work in, but threaten the lives of each journalist in Kosovo.”