Takeaways from the Online Freelance Seminar on 22 October 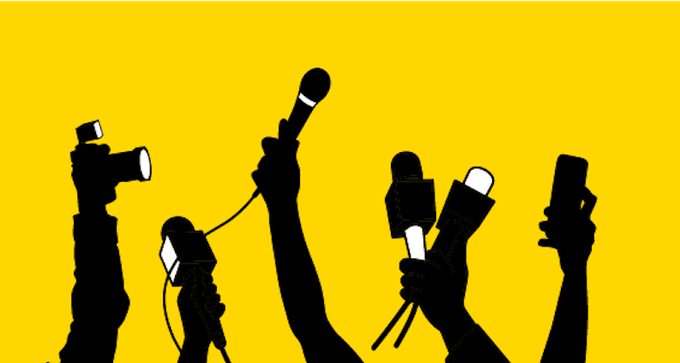 
Since the start of the Covid-19 pandemic, freelance journalists across Europe have been greatly impacted with reduced paid work and often isolation. For the “Online Freelance Seminar: Equal Treatment for All”, the European Federation of Journalists (EFJ) gathered over 30 journalists’ representatives, freelance journalists and their organisers, EU policy-makers and experts to discuss such impacts on their working conditions and explore ways to support them.

In the Netherlands, half of the NVJ members are freelancers and various measures to support them were implemented. For instance, via the NVJ Emergency Fund, 400,000€ were made available for independent journalists. Also, there are De Coöperatie stipends for freelancers for productions impossible during Corona of max. 2,500€, plus for freelance photo journalists with a total of 62,000€ available. For investigative journalists, a total of €2.5 million is available.

Michils from Belgium referred to a study together with the University of Gent that found that freelancers and specialised journalists were hit harder than average; previous problems exacerbated and great fear about the future, advertising income and further downsizing prevails. The Journalists’ association VVJ launched a letter signed by over 250 freelancers urging media organisations to keep freelancers as an irreplaceable part of editorial team.

Pablo Aiquel shared that the unions in France pressured the French government into including so-called pigistes into the support schemes meant for staff journalists.

For a detailed overview of the financial support measures during the Covid-19 crisis across Europe, the EFJ initiated this database, where also measures specifically for freelancers are listed. This database is continuously updated

The next panel, led by the president of the EFJ, Mogens Blicher Bjerregård, dealt with the issue of collective bargaining for self-employed journalists and the lack of legal certainties for journalists’ unions to carry out collective bargaining for freelance journalists. Dearbhal Murphy, Deputy General Secretary of the International Federation of Actors outlined the problem facing freelance journalists and many self-employed creative workers that national competition laws prevent these workers to exercise their fundamental rights to collective bargaining, resulting in an unequal situation. She emphasised that there is an urgent need for a EU-wide legal clarification so that unions representing freelancers and workers do not get penalised by exercising their rights.

Anna Vernet from DG Competition (European Commission) recognised such legal uncertainties and announced that the EC will launch an impact assessment in the coming months and possible policy instruments to address the problem. Vernet emphasised: “We need a solution to remove the uncertainty whether workers have the right to collectively bargain or if there’s an issue with competition law.” In order to do so, Vernet also called upon the Unions to help and build a strong case. She insisted that “we have to remove uncertainties in particular for false freelancers”. Isabelle Schömann (ETUC) added: “We are speaking about fundamental rights! We can’t put these at stake for the purpose of the competition dimension. Only when platforms are recognised as business, there is chance of social dialogue.” Max Uebe from DG Employment (European Commission), shared they started engaging with different stakeholders on challenges and opportunities regarding the access to collective bargaining and representation and asserted that political discussions would follow soon.

EFJ President Mogens Blicher Bjerregård recognised the importance of the EU level when it comes to competition issues, in which the consumer angle always plays a big role. “It must be recognised that precarious journalists leaving the news industry result in less pluralism and diversity, a clear dilemma for consumers as citizens.”

Addressing the challenges discussed in the panels, two workshops followed to address unions’ capacity in Covid times to better organise freelance journalists and to ensure the well-being of journalists by managing stress.

Becky Wright, from Unions 21 shared some good practices with participants about the importance of using relevant tools, especially online tools, to connect with their members during the pandemic when workers feel isolated. Wright pointed out that there is often a lack of strategy in unions’ actions. Strategic thinking is more important than ever during the pandemic to reach out to members and develop relevant service to help them, she emphasised.

The workshop on stress management was based on the programme for journalists called The Self-Investigation by Kim Brice and Pulitzer Prize winning journalist Mar Cabra. Brice differentiated between different types of stress, explained what stress actually is and how it may affect us, and gave practical advice on how journalists can try to reduce stress according to the motto “what you practice, you become”. The project “The Self-Investigation was presented last week at the Stars4Media Final conference and all jury members recognised that without stress management there will not be any sustainable journalism in the future. Brain drain, burn-out and mental health problems are in particular in the news industry a great challenge which should be discussed by the Social Partners.

This seminar was part of the Trust and quality in journalism project, which is cofinanced by the European Commission.