22 Slovenian editors-in-chief speak out: “we will not succumb to pressure” 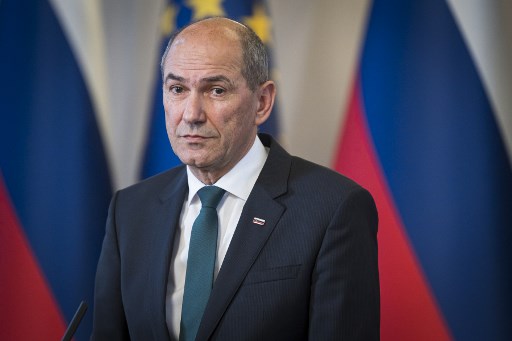 22 editors-in-chief of leading Slovenian media said on 28 October in an open letter intended “to the public” that they will stand against political interference as they face increasing pressure from the government.

With this letter, the journalists denounced their difficulty to do their job in these challenging times caused by the pandemic and reaffirmed their commitment to the public.

They describe a toxic working environment where weekly pressure from the authorities “place an additional burden and make quality journalistic work more difficult”.

“Neither this crisis nor anything else may be used as a pretence for attempts to impose harmful changes to the media legislation and attempts at political interference in the independence of media organisations,” the open letter said. “We will not yield to pressure. We will not bend our truthful stance or our obligation to the public.”

#Slovenia Editors committed not to yield to pressure, nor change their truthful stance or their obligation to the public. They say the current health crisis cannot be a pretence for political interference in media independence @STA_English @novinarSI https://t.co/Enxk0hkSHY

The signatories reject to be pushed into the political arena. They further underline that the crisis has demonstrated that citizens need good journalism and are consuming it more voraciously. “Without high-quality media services, the knowledge and understanding of the virus among the public, and the awareness of the dangers it brings, would be significantly poorer,” they say.

“We will not succumb to pressure. We will not change the truthful and publicly committed attitude,” they conclude.

Shortly after returning to power in March, during the first wave of the coronavirus crisis, Prime Minister Janez Jansa has been repeatedly attacking critical media and journalists. He accused them of spreading disinformation about the government and of serving hidden interests linked to the opposition and far right. Some of these attacks are made publicly on social media such as Twitter.

The full letter can be read here.