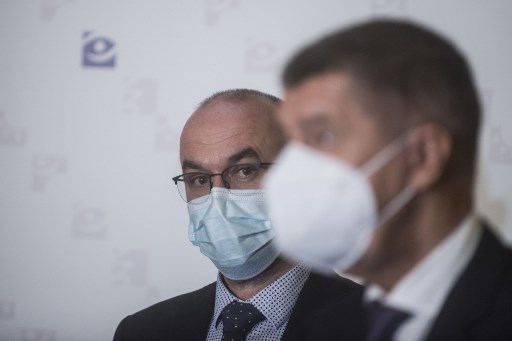 
The European Federation of Journalists (EFJ) joined the International Press Institute (IPI) and the partner organisation of the Media Freedom Rapid Response (MFRR) in sending an open letter on 17 November to the government of the Czech Republic raising concerns about its side-lining of critical media during press conferences.

The letter comes after journalists from certain outlets, including one of the country’s biggest independent media outlet Forum 24, have been denied accreditation to attend press conferences since March 2020 without further explanation.

“We note that this worrying situation persists despite recent pledges by both the Prime Minister and the Ministry of Health to improve their communication strategy to better inform the public on matters related to the health crisis. Sadly, it appears these words have not yet translated into action, the letter reads.”

This lack of communication leads us to conclude that outlets like Forum 24 are being denied access to press conferences based on their propensity for posing challenging questions. The continued and complete denial of access to a major outlet such as Forum 24 stands out at the European level in its disregard for international standards on freedom of expression and media freedom.

“In addition, even those news organisations routinely granted accreditation to online press conferences are often left unable to pose their questions due to the lack of time allocated to media queries. While ministers may well want to shield themselves from challenging questions, the side-lining of media outlets undermines the ability of the media to play its role in directly questioning the government over its handling of COVID-19 pandemic and other policies.”

“In light of these concerns, our organisations urge all state bodies in the Czech Republic involved in communicating with journalists to immediately allow access to all major news media that request it. Greater time should also be given to allow a more diverse number of voices from different publications and mediums to pose their questions. Examples of such formats abound in other EU countries. Adapting the format is therefore a matter not of technological capability but of political will.”

This letter was coordinated by the Media Freedom Rapid Response (MFRR), which tracks, monitors and responds to violations of press and media freedom in EU Member States and Candidate Countries.