Serious concerns over suspension of funding to Slovenian Press Agency 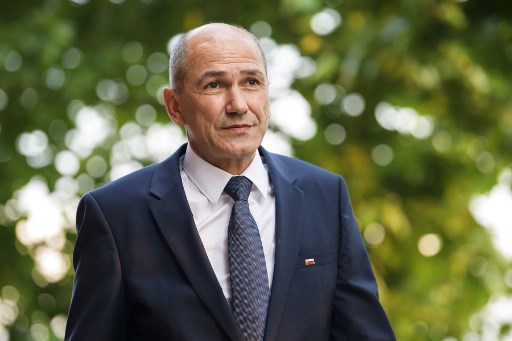 
The undersigned partners of the Media Freedom Rapid Response (MFRR), including the European Federation of Journalists (EFJ), today raise serious concerns over the recent decision by the Government Communication Office (UKOM) in Slovenia to suspend financing of the country’s press agency.

We believe the move to temporarily halt funding from the Slovenian Press Agency (STA) will seriously jeopardise its ability to keep citizens informed during and after the COVID-19 pandemic and is the latest example of a wider effort by the current administration to undermine and stigmatise the country’s public service media.

On November 30, UKOM director Uroš Urbanija communicated to the government that it had been unable to implement the contract with the STA with the justification that the agency had not responded to repeated requests to provide information which would be used to assess its funding for 2021.

In response, the STA director Bojan Veselinovič has claimed there is no legal basis for the suspension and accused the government office of exceeding its mandate by interfering with its editorial autonomy, warning that the withdrawal of funding threatened its operational stability.

The ongoing contractual dispute primarily centres around whether UKOM has the legal right to request documents, information and databases related to the agency’s commercial activity, which the STA argues can only be requested by the government itself. The government has not yet made a decision on the termination of the STA’s funding.

In light of these developments, the MFRR calls on the coalition government of Prime Minister Janez Janša to ensure that the decision to suspend financing is immediately reversed and that suspended monthly payments are disbursed retroactively. The STA is too important a part of the Slovenia media landscape to be rendered unoperational.

We note that there has been a broad response from journalists’ associations, trade unions, the STA’s Supervisory Committee, industry groups and government coalition partners for reversing the suspension. We also support calls for an urgent debate to be held in the National Assembly in the coming days to establish why greater safeguards weren’t put in place to stop the dispute reaching this point.

A compromise-seeking approach here is essential. A dialogue should be opened between the STA and the government to resolve the disputes while legal debates are underway. If it pushes ahead with this controversial decision, the government would again be rushing decisions that would fundamentally alter the country’s media landscape without proper consultation.

Ultimately, however, we believe this dispute goes far beyond procedure into politics. The willingness of the UKOM to cut funding appears to reflect the ruling party’s wider policy of opposition towards the country’s public service media, one driven by personal grievances and justified through unfair accusations of institutional bias.

As such, it fits a clear pattern in the current administration of weakening and undermining media which it sees as oppositional while also exerting greater control over the country’s public service media.

At the same time as withdrawing funding from the agency, the government is also seeking to amend the Slovenian Press Agency Act to give it greater powers to select its supervisors and dismiss its director. This comes against a wider backdrop of proposed legislative changeswhich would financially weaken the public broadcaster, RTVSLO.

Meanwhile, our organisations have watched closely as public officials, including the prime minister himself, continued their attempts to discredit and undercut public trust in the work of the STA and the RTVSLO in recent months. These unjustified attacks are undermining Slovenia’s international reputation of a country with high levels of media freedom.

Going forward, the Slovenian government must stop interfering in the work of public service media and ensure long-term and stable financial stability for both the STA and RTVSLO. Both must be able to carry out their mandates to provide high-quality and professional reporting without interference, especially during the COVID-19 pandemic.

It is also increasingly clear that efforts must be made to depoliticise the work of the Government Communication Office, which as we have seen already this year, has been accused of acting more like an arm of the ruling party rather than of the coalition government.

The MFRR will continue to closely monitor this situation in Slovenia in the coming weeks and is committed to holding a special press freedom mission to the country later within the coming months. We have no doubt the funding of the STA will be high on the agenda when it is.