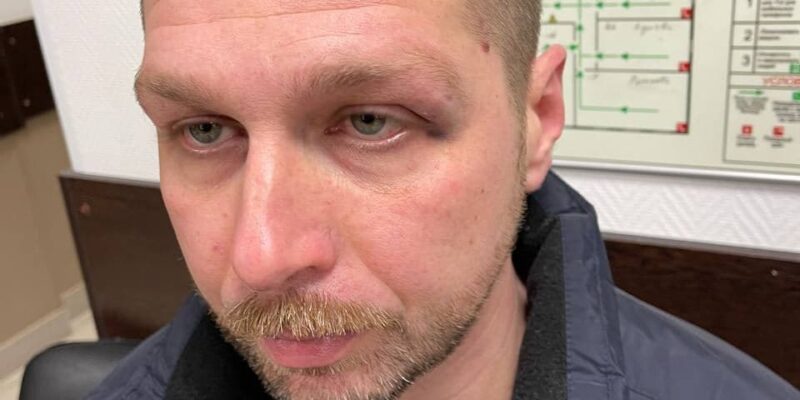 On 16 January, a Russian court ordered the arrest of cameraman Pavel Zelenski in Moscow for “inciting extremism on the internet.” Zelenski is a cameraman at Navalny’s Anti-Corruption Foundation (FBK), a platform that tries to expose corruption in Russia through media reports. The European Federation of Journalists (EFJ) and the Russian Journalists and Media Worker’s Union (JMWU) demand his release.

According to JMWU, Zelenski was arrested for two tweets he posted in early October, after journalist Irina Slavina set herself on fire in desperation in the city of Nizhny Novgorod. She has clashed with authorities for years over her critical reporting.

Early in the morning around ten agents searched Zelenki’s apartment, which lasted for 6 hours. They took his work computer, his wife Natalia’s cell phone, and external hard drives.

Zelenski was arrested at his mother’s house. Upon searching him, the law enforcement agents took his laptop and phone, and beat him in the leg and head.

Zelenski must remain in jail until at least the end of February, according to the charges against him. He faces up to five years in prison. JMWU understands his shock, dismay, and indignation after the death of Irina Slavina: “We are confident that there is no incitement to extremist actions in what Zelenski has written, but rather only emotion. No one should be put behind bars for their words.”

Zelenski’s arrest came the day before that of Russian opposition leader Alexei Navalny at Moscow’s Sheremetyevo airport, on Sunday. Navalny, who survived an attempt on his life in August, was taken into police custody after landing.

Even before the politician’s return, however, his close ally Ivan Zhdanov reported that several of Navalny’s associates were detained in Moscow while waiting for the politician’s plane to land. Dozhd TV reporter Eduard Burmistrov was also briefly detained while broadcasting live.

On Sunday, the Russian Union of Journalists (RUJ) reported that MediaZone correspondent David Frenkel was detained at Pulkovo airport in St Petersburg as he was about to fly to Moscow to cover the arrival of opposition leader Alexei Navalny.

The EFJ demands the immediate release of all journalists currently in prison in Russia: