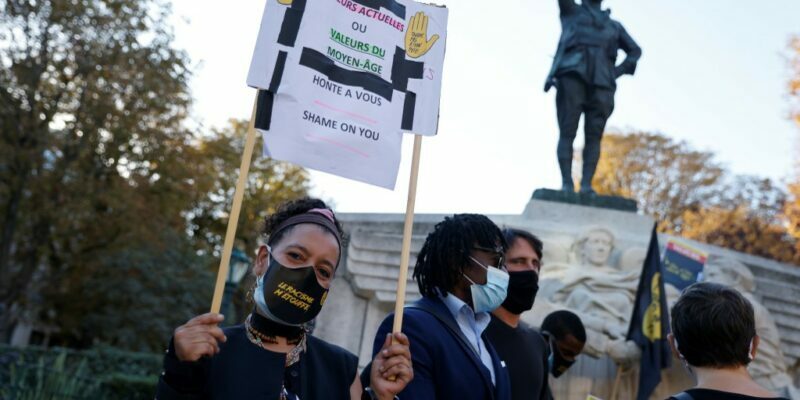 
The management of the French weekly Valeurs Actuelles and the French Union of Magazine Publishers (SEPM) have launched legal proceedings against the French press council, (‘Conseil de déontologie journalistique et de médiation, CDJM’), the independent body that mediates between journalists, media, news agencies and the public on all matters relating to journalistic ethics in France.  The International and European Federations of Journalists (IFJ/EFJ) denounce this attempt to torpedo the CDJM and reaffirm their support for a body that aims to restore trust and improve professional ethics.

The court will examine the case on 2 February initiated by Valeurs Actuelles on the ground that it “violates the presumption of innocence” of the magazine’s managing editor.

On 10 November 2020, the CDJM delivered a decision which found that the weekly reference newspaper of the radical right had violated journalistic ethics (“violation of respect for the dignity of persons”) by publishing, on 27 August 2020, an article in which the French Member of Parliament Danièle Obono was depicted as a naked and chained slave.

The Paris public prosecutor’s office had then opened a preliminary investigation for “insult of a racist nature” against the weekly. MP Danièle Obono had also filed a complaint against Valeurs Actuelles on 2 September 2020.

Following the CDJM’s ruling finding a violation of journalistic ethics, the SEPM announced in a press release on 27 January 2021 that it would henceforth systematically oppose any opinion of the CDJM concerning periodical publications that adhere to the SEPM.

The CDJM rightly denounces a “gagging procedure” and an attempt by the SEPM “to prohibit any expression concerning the respect of journalistic ethics” in the publications of the media affiliated to the SEPM.

“With this decision, which is a first, the bosses of the magazine press show the CDJM’s interest in a democratic society and underline, despite themselves, the relevance of its opinions,” says IFJ General Secretary Anthony Bellanger. Article 9 of the IFJ’s World Charter of Ethics for Journalists (2019) states that “The journalist shall ensure that the dissemination of information or opinion does not contribute to hatred or prejudice […] in order to prevent the spread of discrimination based on geographical, racial, social or ethnic origin…”.

“This case has the merit of demonstrating that the bosses of the French magazine press favour the particular interests of a title known for its ethical deviations, rather than the general interest of society in defending a quality press that respects ethical principles,” added Ricardo Gutiérrez, EFJ General Secretary. “The bosses of the magazine press are showing their true face by attacking an independent body that integrates civil society”.

The IFJ and EFJ reported the case to  the Council of Europe platform for the protection of journalism.