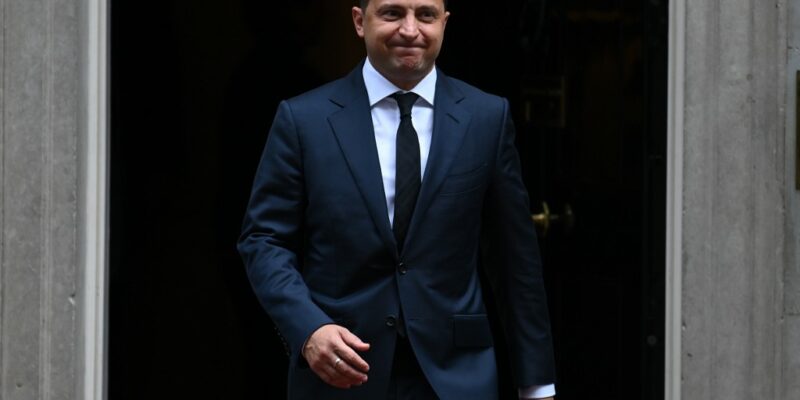 Ukrainian president Volodymyr Zelensky has banned three television channels from operating in Ukraine by revoking their broadcast licences and blocking assets after accusing them of being pro-Russian. The International and European Federation of Journalists (IFJ and EFJ) condemned what they called “an extra-judicial and politically motivated ban and a blatant attack on press freedom that must be urgently reversed”.

TV broadcasters ZIK, NewsOne and 112 Ukraine have been forced off the air for a period of five years following a decision by Zelensky that critics said stifles freedom of speech. The three broadcasters employ around 1,500 people, whose jobs are now at serious risk.

There was no official justification for the ban, but Ukraine’s president Volodymyr Zelensky said on Twitter that Ukraine supports freedom of speech but not “propaganda financed by the aggressors”.

The measures include the blocking of broadcasters’ assets, the prohibition of using radio frequencies in Ukraine and a ban on finance operations within the country, among others.

The three affected broadcasters were previously blamed by the Ukrainian government for being under “malign Russian influence” and threatening the information security of Ukraine.

In a statement, the National Union Of Journalists Of Ukraine (NUJU) said that “depriving Ukrainian citizens of access to media without a prior trial and banning hundreds of journalists and media outlets of their right to work is an attack on freedom of speech” and remarked that “the political affiliation of Ukrainian media owners registered in Ukraine is not a crime”.

The Independent Media Trade Union Of Ukraine (IMTUU) urged the government to develop a clear legal framework “for the division of propaganda resources and media” and claimed this politically motivated decision can pave the way to dictatorship and undermine democracy. “You can’t fight your most malicious and insidious enemy resorting to his methods”, the union said.

IFJ General Secretary, Anthony Bellanger, said: “This arbitrary and politically-motivated ban is unacceptable in a democracy. The ban puts at risk the job of hundreds of media workers that have nothing to do with their media owners’ political affiliations. The IFJ calls on the Ukrainian authorities to lift the ban and respect freedom of information and speech.”

EFJ General Secretary, Ricardo Gutiérrez, said: “Banning broadcasts is one of the most extreme forms of restricting media freedom. These bans should only be applied in very exceptional circumstances. States have a positive obligation to guarantee effective media pluralism. The manner in which the licensing process is applied must provide sufficient guarantees against arbitrariness, including the proper reasoning by the authority of its decisions denying a broadcasting license. It seems clear that the presidential ban is not at all in line with international legal standards on Freedom of Expression and the broadcasting media”.