Media Monitoring Report 2020: In Turkey, one in six journalists has an ongoing trial 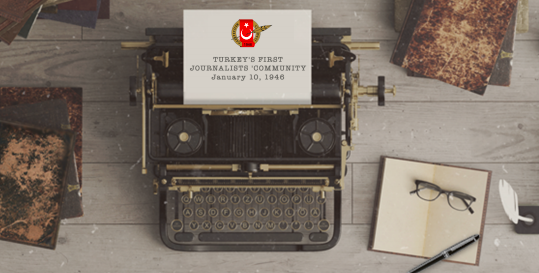 The Turkish Association of Journalists (GCD) published today its Annual Media Monitoring Report documenting the state of press freedom in Turkey for the year 2020. The report addresses a number of topics such as the impact of the COVID-19, disinformation, the new internet regulation, the situation of imprisoned journalists and journalists currently on trial.

According to the Media Monitoring Report, the pandemic of the century and legal developments throughout the year deepened the deadlock media in Turkey faces.

The working conditions and freedom to report for journalists and media workers were already very difficult. According to the professional evaluation survey, disinformation and violence in the media have persisted in 2020 without slowing down. Data shows that:

In addition to keeping track of new developments, the report used open sources to compile statistics regarding media ownership, newspaper sales, viewer ratings and internet media for the use of researchers.
While monitoring the status of journalists and media consumption, the Media Monitoring Report also followed legal processes. Prominent issues hindering freedom of expression in Turkey are as follows: