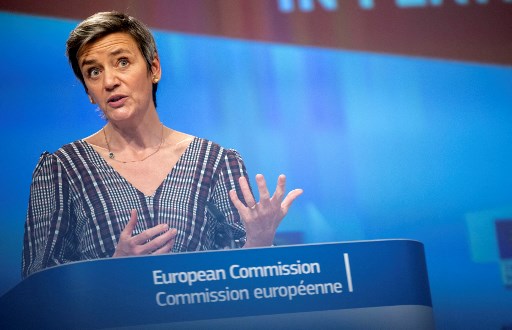 The group notes the continuing deterioration of media pluralism in Central Europe and renew their call to the European Commission’s Executive Vice-President Margrethe Vestager to open a prompt investigation into pending state aid complaints.

The Commission’s lack of enforcement of market rules in Hungary, the groups said, is not only allowing the situation there to worsen but now also empowering the deliberate distortion of the media market in Poland, with worrying implications for both media freedom and democracy.

Read the full letter below.

Last September, 16 press freedom, freedom of expression and journalists’ organisations wrote to you to urge you to act on complaints that the Hungarian government has violated EU state aid rules and undermined media pluralism.

State Aid complaint No. 53108 shows clearly that the distribution of state-funded advertising in Hungary does not follow any market logic but is geared toward propping up pro-government media and starving independent outlets of much-needed revenue. The provision of state resources according to discriminatory and blatantly non-market criteria violates EU state aid rules according to Article 107 TFEU. In Hungary, this practice is seriously undermining the viability of the few independent media that remain.

Meanwhile, State aid complaint No. 45463 indicates that Hungary’s mode of funding to its public service broadcaster – which in practice functions as a state broadcaster – has serious anti-competitive effects. It, too, distorts the media market in favour of a government narrative at the expense of independent voices.

We note with great regret that the Commission has still not yet acted on either of these complaints, which were brought by the highly respected civil society organisation Mérték Media Monitor, former MEP Benedek Jávor as well as Klubrádió, which was Hungary’s last major independent radio broadcaster until it was forced off the air this month by the government-controlled media regulator. Klubrádió, which has directly suffered from the Hungarian government’s violations of competition rules and was boycotted by state advertising campaigns, was a key engine behind the complaints.

Since we wrote to you in September 2020, the situation in Hungary has worsened. On the one hand, the fate of Klubrádió illustrates once again the Hungarian government’s successful strategy to dismantle media pluralism through deliberate market distorting practices. On the other hand, new data for the years 2018 to 2020 provided by the complainants show that the discriminatory allocation of state advertising in Hungary is accelerating at a time when independent media outlets have been adversely affected by the COVID-19 pandemic.

However, it is not just the deteriorating environment for media freedom in Hungary that is cause for alarm. A new report by the Media Freedom Rapid Response and authored by the International Press Institute shows that the erosion of media freedom is rapidly gaining pace in Poland. The country’s ruling Law and Justice (PiS) party is following the path established by Hungary and adopting media-capture methods to undermine media pluralism.

In pursuit of its aims to “repolonise” and “deconcentrate” the Polish media environment – code words for increased government control – PiS is waging a “coordinated and concerted campaign of administrative pressure” against independent media, the report found. The instruments of this pressure campaign include increasing government control over media regulatory bodies and infrastructure as well as taxation and licensing rules. State-controlled companies are being deployed to accelerate the media transformation, as evidenced by PKN Orlen’s purchase of Polska Press, which brings 20 regional Polish dailies under indirect government control. As in Hungary, the Polish public broadcaster mainly serves to broadcast government propaganda.

Moreover, there is clear evidence of the discriminatory allocation of state advertising in Poland. State-owned companies in particular are boycotting critical media, cutting off an important source of funding. Independent media have seen massive revenue drops from state advertising, a development that continued in 2020. Recently, liberal daily Gazeta Wyborcza was the only major media outlet in Poland to be excluded entirely from a government sponsored public awareness campaign about COVID-19, denying hundreds of thousands of readers important health information.

The similarities to Hungary’s media takeover are unmistakable. We are therefore extremely concerned that the Commission’s lack of enforcement of market rules in Hungary is not only allowing the situation in Hungary to worsen, but it is also empowering the deliberate distortion of the media market in Poland, as the example of state advertising shows. Through the example of Hungary, other governments have seen that the flouting of EU values with respect to media pluralism and undistorted competition has no consequences. It is essential that the Commission rectify this perception by addressing the market distortions in Hungary. We renew our call on you to open a full and prompt investigation into the pending state aid complaints named above.

It must be emphasized that time is of the essence. This problem will not go away; it is spreading and will continue to spread to other Member States. Moreover, the COVID-19 pandemic has accelerated the negative impact of competition law violations on the independent press. If the Commission continues to sit on the sidelines, independent media in Hungary, Poland and elsewhere will continue to disappear, with disastrous implications for democracy.