Germany: Solidarity with DJV Thuringia targeted by a wave of hate speech and threats 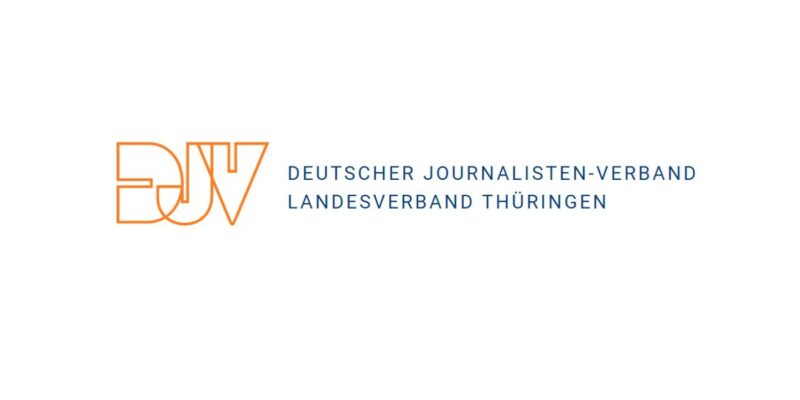 
The German Journalist Association (DJV) in Thuringia has been subjected to an alarming wave of hate speech and threats since 1 May, peaking with a death threat addressed to its managing director Sebastian Scholz. The European Federation of Journalists (EFJ) stands in solidarity with DJV and urges the police to investigate the case.

The DJV in Thuringia have received numerous hate emails and threatening phone calls since an incident on 1 May. During a demonstration, its managing director Sebastian Scholz – who no longer works as a journalist – tripped up a demonstrator from the “Querdenker” movement, in reaction to the same protestor who had earlier violently broken through a police chain, hit and injured a cameraman. Scholz actually intervened to bring down the violent demonstrator who was trying to escape. However, the shortened video clips that were distributed widely doesn’t mention the whole story.

Regarding the hatred, threats and insults that were stirred by the dissemination of this video, the DJV Thuringia stated: “It shows very clearly that these people are not interested in facts, but that they are only looking for reasons for violence and hatred. We, the board of directors of the DJV Thuringia, condemn the way in which self-appointed defenders of democracy twist the facts and incite violence against our managing director.”

The DJV Thuringia received approximately 500 mails, Facebook comments and messages, a majority of which were insults and threats. Also, an anonymous criminal complaint was filed against Scholz. This campaign against the DJV Thuringia now culminated in a death threat against Sebastian Scholz on 11 May. As seen in thisvideo, a caller threatened Scholz directly, saying, “If he trips a protester again, he will be shot in the head!”.

Mogens Blicher Bjerregård, the President of the EFJ, said: “The appalling hate campaigns that German media workers face, sometimes leading to press freedom violations, and now these death threats must stop. Society has a responsibility to ensure a safe environment for journalists and need to follow up on both the recommendation from the Council of Europe and the UN Action Plan for the safety of journalists and develop a strong and firm national action plan with all parties on board such as police, judges, relevant ministries, journalists, etc. to develop mechanisms not only to monitor but also to address this increasing issue in Germany.”