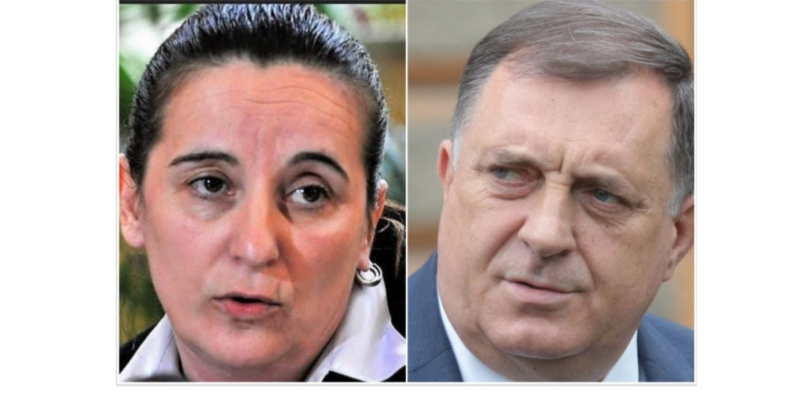 The journalist and political analyst Tanja Topić was wildly attacked and threatened by Milorad Dodik, the Chairman of the BiH state Presidency, on 24 May. He denounced her as “an agent of the German BND” and a “quisling”. The European Federation of Journalists (EFJ) joins its affiliate, the BH Journalists’ Association (BHJA), in condemning yet another violation to press freedom by one of the highest political officials in the country.

This is not the first time Milorad Dodik is targeting journalists as “traitors”, “mercenaries” and “hostile media” or that he insulted or humiliated journalists whose reporting he disagrees with. This latest attack against the Banja Luka-based journalist and head of the Friedrich Ebert Stiftung Office, Tanja Topić, happened after she had publicly expressed attitudes that were not in favour of Dodik and his Party of the Independent Social Democrats (SNSD). Dodik attacked her during a statement to the SRNA news agency from Republika Srpska.

The BH Journalists’ Association published a statementin response to Milorad Dodik’s insults, saying that these exert “misogynistic political and slanderous pressure” and endanger the safety of “one of the most prominent journalists and analysts in Bosnia and Herzegovina” as well as her family.

“We have registered over 20 direct attacks and threats to journalists by Milorad Dodik.These are cases of brutal threats, insults, degrading qualifications, discrimination on the basis of gender and nationality, professional discrediting, misogyny… None of these cases were prosecuted by competent state institutions or the judiciary. Now it is really too much,” said Borka Rudić, General Secretary of the BHJA. They have initiated legal procedures to file a lawsuit against Dodik and sent complaints to the BiH Agency for Gender Equality and the Gender Center of the Government of Republika Srpska.

Notably, Dodik’s statement about Tanja Topić was also distributed by other media outlets in the country, without previously giving Topić an opportunity to comment. Against this backdrop, BH Journalists’ Association asked the media community to show more solidarity towards fellow journalists. After numerous reactions from citizens and journalists on social networks, RTRS in Banja Luka and the news portal Infosrpska withdrew the news from their websites. The BH Journalists’ Association also demanded a media boycott of Dodik’s activities in reaction to his insults.

“Insult is the weapon of the weak,” said EFJ General Secretary Ricardo Gutiérrez. “In fact, Mr Dodik has no serious argument against the journalist Tanja Topić. All he is able to do is insult her. Mr Dodik is pathetic. He will not even have the decency to apologise. He deserves only our contempt.”

The EFJ sumitted this case to the Council of Europe Platform for the Protection of Journalism.

❌Attacks on journalists in Bosnia, Belarus, Slovakia & other countries have to be stopped says ETUC's @VisentiniLuca
📢“We stand up for the right of all journalists to be able to go about their work without harassment and intimidation."
👉https://t.co/CQTZzQKIJL
✊@EFJEUROPE