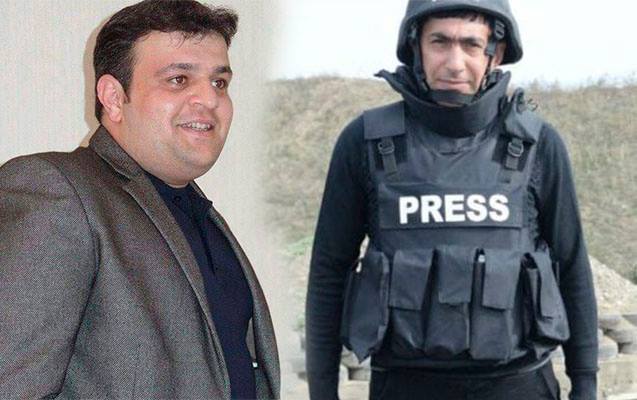 Two Azerbaijani journalists and an official were killed today by a landmine explosion in the Kalbajar region, west of Nagorno-Karabakh. Four others were injured in the incident, which saw a truck blown up by an anti-tank mine at about 11am local time, Azerbaijan’s interior ministry and the office of the prosecutor general said in a statement.

The three victims were identified as Maharram Ibrahimov, a reporter working for state news agency AzerTag, Siraj Abishov, a cameraman for Azerbaijan state television AzTV, and local official Arif Aliyev. The explosion occurred when a bus carrying journalists who were on duty in the Kalbajar region crossed over the mine.

The blast came amid a border dispute between Armenia and Azerbaijan, which fought a six-week war over the Nagorno-Karabakh region last year. Kalbajar is one of the regions that was handed back to Azerbaijan after the conflict.

“We express our deepest condolences to the victims and their families,” said IFJ and EFJ General Secretaries Anthony Bellanger and Ricardo Gutiérrez in a joint statement. “We call on the authorities in Azerbaijan not to expose journalists to disproportionate risks on the ground. And we call on the Armenian authorities to hand over the plans of the mined areas, in order to avoid further civilian casualties.”

“We call on our colleagues abroad to put pressure on the Republic of Armenia to provide the maps of mined areas,” said Mushfiq Alasgarli, President of the Azerbaijani Journalists’ Trade Union (JuHI). “This could seriously help to eliminate the threat to the lives of a wide range of individuals, including journalists. This support can also be a great contribution to the establishment of justice, peace, security, stability, and the resolution of the long-running conflict in the region.”