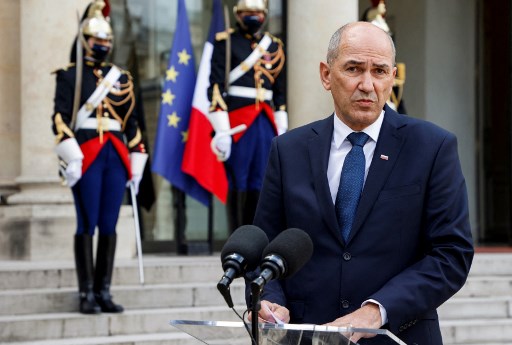 On 6 June 2021, Prime Minister Janša said the Commissioner is “part of #fakenews network” in response to her recent memorandum on freedom of expression and media freedom in Slovenia. The Prime Minister’s tweet quoted Mitja Iršič, a public relations expert at the Ministry of Culture, who said their considerations were not properly represented and called the Commissioner’s report “biased and ill-informed.”

We welcome Commissioner Mijatović’ memorandum and share her concerns about the deterioration of media freedom in Slovenia, which align with the findings of our recent fact-finding mission to the country, the report on which is forthcoming. We also note that the Commissioner’s office functions independently and impartially, which we find is reflected in her recent report. Together with the 16-page memorandum, the Commissioner moreover published a 6-page document with comments from the Slovenian authorities, with whom she also met in April during an online dialogue.

We consider the tone and manner in which Prime Minister Janša opted to voice his disagreement with Commissioner Mijatović’ memorandum to be wholly inappropriate for a leader of a democratic European state. The irony of these remarks about a report that expresses concern precisely about the behaviour of public figures, including the Prime Minister, on social media, where they undermine journalists’ credibility “accusing them of lying, and using offensive hashtags such as #fakenews,” is palpable.

The MFRR calls on Prime Minister Janša to cease denigrating the report and instead take action to address its findings. That includes abstaining from making offensive, mendacious or disparaging comments on social media, which contribute to a hostile environment for journalists and media workers in Slovenia and, specifically with regard to the tweet about Commissioner Mijatović, an unwelcome coarsening of the European public debate.