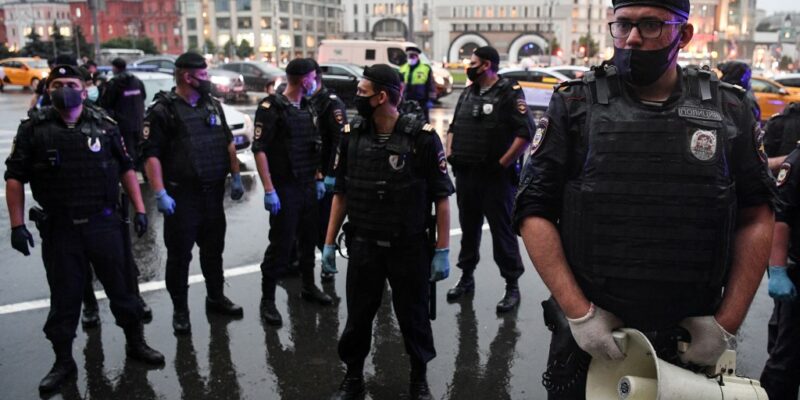 The police raided the journalists of the investigative online outlet Proekt: editor-in-chief Roman Badanin, correspondent Maria Zholobova, and the home of the parents of deputy-in-chief Mikhail Rubin. Rubin was detained near Zholobova’s residential building and brought to his parents’ apartment. The police seized the journalists’ equipment such as laptops, mobile phones, flash drives, and SIM cards.

Officially the raids were connected to a 2017 defamation case over a documentary produced by Badanin and Zholobova that covered Ilya Traber, a businessman with alleged ties to organized crimes. All journalists are considered witnesses in the case, although the period for bringing the case for criminal liability expired back in 2019, according to the Agora International Human Rights Group. The JMWU said this long-standing case is “just a pretext for carrying out forceful actions against our colleagues”.

Proekt said that the raids occurred after announcing on their Telegram channel the release of an investigation on Russia’s interior minister, Vladimir Kolokoltsev. The journalists found that during Kolokoltsev’s work in law enforcement agencies, his relatives acquired expensive properties now missing from official databases. The piece was nonetheless shortly published after the searches started.

Russian authorities have been increasing their pressure on independent news media and journalists in recent months. Two popular independent outlets, Meduza and VTimes, have been designated as “foreign agents” – a label slapped on groups, news outlets, or individuals that receive foreign funding. It resulted in VTimes shutting down this month and Meduza launching a crowd-funding campaign. The Justice Department’s list of foreign media agents also includes RFE/RL, «Pervoe antikorrupcionnoe SMI» (First Anti-Corruption Media), and three journalists.

Earlier this year Russian authorities also raided the apartment of a prominent investigative journalist, Roman Anin, and arrested four editors of an opposition-leaning student magazine on charges of “involvement of minors in the commission of acts that pose a danger to the minor’s life”. A 19-year old journalist, Veronika Samusik, was also detained on 11 June for covering an art performance on Red Square, Moscow. She is currently under investigation for hooliganism and could face up to seven years in prison.

The JMWU is “outraged by the unlawful actions of the security officials and demands to immediately stop the “libel” case and the persecution of Proekt employees, as well as other Russian investigative journalists.”