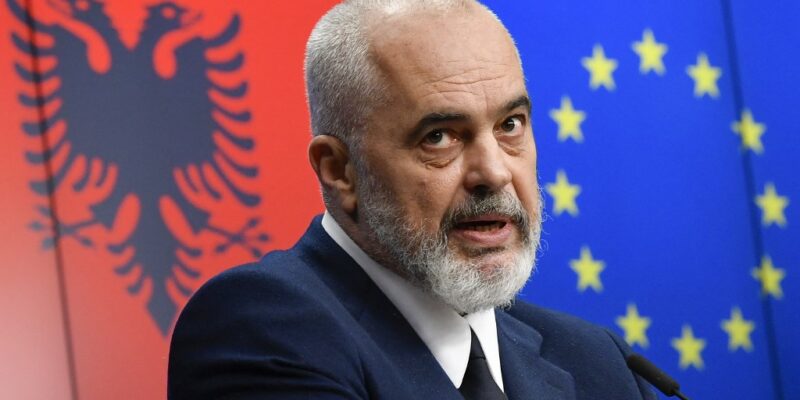 
The European Federation of Journalists (EFJ) joined the Media Freedom Rapid Response (MFRR) partners today in expressing deep concern about the future impartiality and independence of Albania’s Audiovisual Media Authority (AMA) following the election of a close associate of the ruling Socialist Party to head the media regulator.

On 7 July, the government and its allies voted without the presence of opposition lawmakers in parliament to appoint Armela Krasniqi as the chairwoman of the AMA, the country’s influential TV and radio regulator.

Our organisations have serious concerns over the impartiality of the new chairwoman, who is a close associate of Prime Minister Edi Rama and previously worked as his director of communications between 2013 and 2017. Krasniqi has worked for the Socialist Party most of her life and currently heads the state news agency, which has faced accusations of political bias.

Under Albanian media law, the AMA is required to be a politically independent authority. Impartial leadership of such regulatory bodies is vital for upholding public trust in a country’s media landscape and strengthening professional standards. Media freedom is deeply connected to regulatory responsibility, as powers to sanction alleged breaches of media law and decide on the allocation of broadcast licenses must be applied fairly.

The appointment of a partisan figure with long-standing links to the ruling party, in the absence of opposition votes in parliament, therefore risks seriously undermining the credibility and legitimacy of the AMA, as well as wider trust in the Albanian media ecosystem.

Confidence in the regulator’s political independence is even more important given the government’s controversial “anti-defamation package” of amendments, which if passed, would hand the AMA greater powers to impose disproportionate sanctions and fines on media outlets. Our organisations remain strongly opposed to these plans.

Rather than seek consensus over the leadership of the AMA, however, the Socialist Party has rushed ahead with the vote despite urgent calls from both the European Union and the Organization for Security and Co-operation in Europe (OSCE) to postpone the selection until the new parliament is convened in September.

The decision to appoint a politically-connected figure contradicts the recommendations set out by the Venice Commission for strengthening the AMA’s independence. Instead of adopting these recommendations and creating greater safeguards, the government has taken a step backwards and exacerbated the issue further. This should be of concern to the EU as it assesses Albania’s accession to the bloc.

Going forward, we urge the government to move ahead with implementation of the recommendations set out by the Venice Commission regarding the AMA and the so-called “anti-defamation package”, which remains on the parliamentary agenda. Our organisations retain serious concerns about the effect this will have on media freedom in Albania if passed in its current form. Greater communication is required from the government about the status of the proposed amendments. Until such clarity is provided, the package will continue to have a chilling effect on the media.

It is also vital that when the second stage of the appointment process for the AMA’s board members recommences in September, all political parties act in the public interest by prioritising professional expertise and independence over partisan loyalty when electing candidates. Our organisations will continue to monitor the situation closely.