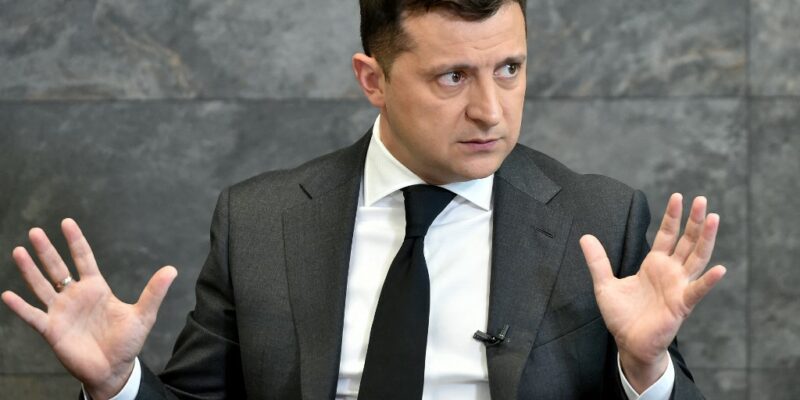 Ukrainian President Volodymyr Zelenskyj last week banned the opposition media news site Strana.ua and imposed sanctions on its editor-in-chief, Ihor Huzhva. Lawyers have criticised these measures for their “lack of legal basis”. This decision comes only six months after closing down three TV channels in early 2021. The European Federation of Journalists (EFJ) joined its affiliate in Ukraine, the National Union of Journalists of Ukraine (NUJU), in calling this extrajudicial action a threat to press freedom and media pluralism in the country.

On 21 August 2021, it was revealed that President Volodymyr Zelenskyj banned Strana.ua, one of the largest news sites in Ukraine, by decree. The authorities also announced sanctions against the outlet’s editor-in-chief, who has been living in Austrian exile since 2018.

The authorities cited the protection of national security and based the ban on a submission by the Ukrainian Security Service (SBU), which described Strana.ua journalists as “pro-Russian propagandists”. SBU head Ivan Bakanov said the measures were taken to protect the “information space”. Strana.ua is one of the few remaining opposition media in Ukraine.

President of the National Union of Journalists of Ukraine (NUJU) Sergiy Tomilenko reacted: “The extrajudicial blocking of opposition news media is a waiver of the legal safeguards of press independence.”

The editorial team of Strana.ua said in a letter that the actions by the Ukrainian government are “illegal” and that they are hoping international journalists will raise the topic of censorship against their media outlet.

Strana’s editor-in-chief Huzhva said he will continue his work despite the blocking: “It doesn’t matter. Under (former Ukrainian President) Poroshenko, I was put in prison. Under Zelenskyj, the website is blocked.” The website already moved to a new domain: strana.news.

EFJ General Secretary Ricardo Gutiérrez said: “In a democratic country, media-related concerns must be addressed in a legal way that also ensures media pluralism. We call on the Ukrainian authorities to find better, judicial solutions to alleged national security threats.”